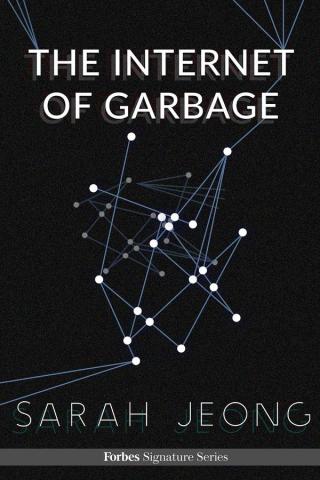 Sarah Jeong’s new book, The Internet of Garbage, tackles a topic as old as the Internet itself: cyber crime, online harassment, doxing, and what different virtual communities have done (or failed to do) in an effort to prevent these misdeeds. Unlike other recent attempts to unravel the mechanics of online harassment, such as Jon Ronson’s So You’ve Been Publicly Shamed, Jeong’s work seeks to delve deeper into how social media services should navigate these murky waters, as well as how the media approaches cyber crime — and which stories fall through the cracks.

In an interview at The Toast, Jeong elaborates:

When black women get harassed, either their stories never appear in the media, or their stories get retold, blaming the black woman for the ensuing harassment … This isn’t just an issue of equitable treatment in the media. It actually has serious policy ramifications. Some of the most prominent funded anti-harassment activism centers on carceral remedies — that is, resorting to police, prisons, and the criminal justice system. If you’re a person of color, trans, and/or a sex worker, you may be less willing to go to the police.

Another problem, according to Jeong, is the media’s simplistic focus on “mean words,” rather than on more concerted cyber-stalking attempts (e.g. looking up real estate records, going to a person’s place of work or private residence, taking photos of that place and/or documenting that person’s whereabouts … or worse).

Most of the time, that address is available through a data broker that sells information about individuals. There’s no reason why it should be that easy to physically locate and harm a private individual you got mad at on the Internet.

Jeong has also pushed back against ICANN’s recent efforts to make “commercial” domain registrations public. Since domain registrations include one’s address, this could affect folks who run e-businesses from their homes … such as bloggers who run content by subscription. But this legislation doesn’t consider small businesses, least of all those helmed by marginalized creators, says Jeong:

Everything is primarily driven by corporate interests. There is little thought for the safety and privacy of ordinary individuals. There are many changes that can be made at both the national and international level that would make all potential targets of harassment safer.

In my own anecdotal experience, cyber crime is rarely taken seriously by authorities. When a friend of mine privately told me a story about having been cyber-stalked this past week, I vague-tweeted about the topic and heard yet another disheartening, similar tale from another peer. The Toast tells Jeong that her book should be sent to every media outlet so that they better understand how to cover cyber-crime, and I don’t disagree; the media may help shed light on how poorly legislated these crimes are, and how little they are taken seriously.

Even the conventionally attractive white women whose stories have made it onto public media platforms have not received tangible justice, although at least their stories are heard. This story of a Canadian cyber-stalker has gotten some press lately; the UK has come down hard against online abusers. However, in the US, these stories are still rare; North Carolina is one of the few states in the US that has criminalized cyber-stalking, but it’s still very difficult to get a conviction. The Internet is still stereotyped as a place where anything goes, with no consequences. The result of that attitude? Bile splashes on marginalized people, and they never receive justice, particularly if they don’t fit the media profile of a “safe” virginal victim.

I’m looking forward to hearing more from Jeong, whose nuanced and well-researched approach to this systemic issue sounds refreshing. I got her book on Amazon today; it’s also available on iTunes.

(via The Toast, image via Forbes)