On Franchise Fiction and Women 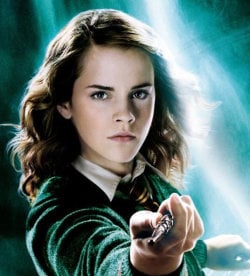 Women read comics. Anyone at all engaged in social media knows this. Women read comics and are a driving force behind fandom. I think I could call them the driving force behind fandom and put up a convincing argument. Just think about it: what fandoms have driven America crazy in the last decade? Could anyone dissuade me from saying that they were Harry Potter, Twilight and The Hunger Games? Avatar may have put butts in theater seats, but you don’t hear about it… ever. No one is immersed in the world of Avatar except James Cameron and people who enjoy wearing Na’vi Zentai suits. The Avengers was pretty darn huge and, if Tumblr is any indication, a whopping portion of the people driving that fandom online do not possess a Y chromosome. Women engage in fandom to levels that men do not. When women get behind something, their sheer numbers and passion force it into the mainstream. That’s why you can name the actor who plays that werewolf kid in “Twilight” and probably sing at least the chorus to one Justin Bieber song. What do tween boys like? I have no clue. Sports? Probably sports. — Brett White, on Comic Book Resources.

I can’t sing the chorus to a Justin Bieber song, but I do see Brett White’s point. If there’s one thing I wish, it would be for a way to objectively quantify male and female fan… excitement or activity. The internet is a great place for fandom to live, but internet fandom is also perennially new, can be impenetrable to outsiders (like studio execs), and most importantly for large budget projects, is nearly impossible to demographically quantify. But White’s point can also be seen as a lesson on marketing: Harry Potter, The Hunger Games, and The Avengers were marketed to be pleasing or at the very least unoffensive to as broad a spectrum of people as possible. That spectrum includes women.

And as his post argues (although it argues many things), this is a lesson that comics could stand to learn from too.