The NSA’s Leaked Advice Column Is Real and Extremely Ironic 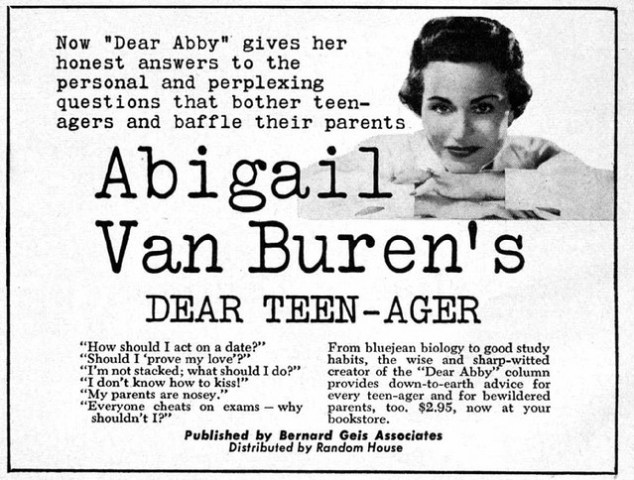 Being a professional voyeur is stressful. Thanks to Edward Snowden, we now know that the NSA provided their employees with the guidance necessary to navigate the demands of their unique profession using a “Dear Abby”-style advice column. One frequent complaint? NSA spies were uncomfortable with constant surveillance in the workplace.

“Ask Zelda” was written by a 29-year NSA operative and available only with security clearance through the agency’s intranet. Leaked Snowden documents recently acquired by The Intercept show that  Ask Zelda began in 2010 to assist SID (Signals Intelligence Directorate) supervisors but soon expanded to meet the demands of all SID employees. Understandably, moral quandary seems to have been an occupational hazard at every level of the organization.

Many of Zelda’s columns covered issues that also arise in non-Orwellian workplaces, such as appropriate language, co-worker B.O., and professional dress. “Somehow, shorts and flip-flops don’t exactly convey the image of a fierce SIGINT warrior,” wrote Zelda of summer attire.

But one exchange from September 9th, 2011 is gaining understandable attention in this age of post-Snowden paranoia. An employee going by the codename “Silenced in SID”  wrote to Zelda expressing fear that they were being spied on by their boss. Here are some excerpts from Zelda’s article, “Watching Every Word In Snitch City.”

Here’s the scenario: when the boss sees co-workers having a quiet conversation, he wants to know what is being said (it’s mostly work related). He has his designated “snitches” and expects them to keep him apprised of all the office gossip—even calling them at home and expecting a run-down! This puts the “designees” in a really awkward position; plus, we’re all afraid any offhand comment or anything said in confidence might be either repeated or misrepresented.

….We used to be able to joke around a little or talk about our favorite “Idol” contestant to break the tension, but now we’re getting more and more skittish about even the most mundane general conversations (“Did you have a good weekend?”).This was once a very open, cooperative group who worked well together. Now we’re more suspicious of each other and teamwork is becoming harder. Do you think this was the goal?

The letter is notable not just as an ironic allegory for the NSA’s actions nationwide, but also because now we know that NSA spies did not, in fact, influence the 2011 American Idol season, and Paula Abdul is not a government-operated pod person. We had concerns.

Zelda’s response to the letter (unintentionally?) uses the office as a microcosm to foreshadow how NSA surveillance would eventually impact America.

Wow, that takes “intelligence collection” in a whole new—and inappropriate—direction. …. We work in an Agency of secrets, but this kind of secrecy begets more secrecy and it becomes a downward spiral that destroys teamwork. What if you put an end to all the secrecy by bringing it out in the open?

You and your co-workers could ask [the supervisor] for a team meeting and lay out the issue as you see it: “We feel like you don’t trust us and we aren’t comfortable making small talk anymore for fear of having our desks moved if we’re seen as being too chummy.” (Leave out the part about the snitches.) Tell him how this is hampering collaboration and affecting the work, ask him if he has a problem with the team’s behavior, and see what he says. …. Stick to the facts and how you feel, rather than making it about him (“We’re uncomfortable” vs “You’re spying on us.”).

If, after your attempts to bring things out in the open, it becomes clear that Michael is simply evil (some people live to stir up trouble), your best recourse may be to approach Michael’s boss with the problem and perhaps Michael can be reassigned. Be sure to focus on the effect it’s having on the team’s work when you talk to his manager.

No one likes a tattle-tale.

… Trust is hard to rebuild once it has been broken. Your work center may take time to heal after this deplorable practice is discontinued, but give it time and hopefully the open cooperation you once enjoyed will return.

According to NSA bulletins, Ask Zelda was the most-read column in the NSA’s online newspaper SIDtoday, accessible only via NSAnet—her most popular article ever, on swearing in the workplace, received 19,446 hits.

Given her column’s popularity, it’s likely that Zelda assumed her warnings on the dangers of unchecked surveillance would be seen by members at every level of SID. Given that, it’s natural to speculate that she may have used the column to subtly criticize the organization’s irresponsibility.

Or, perhaps the “spies don’t like being spied on by other spies” article was simply indicative of the thoughtlessness and lack of self-awareness found throughout the NSA.

(The Intercept via Gizmodo, image via Malcom)