Mostly to figure out why they still used Yahoo? 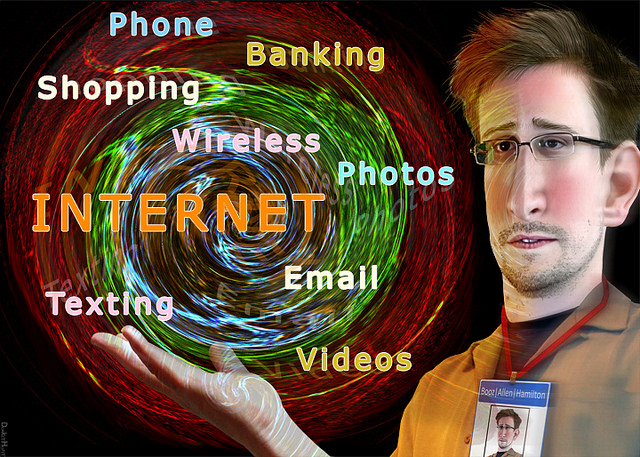 Here’s news to make you recoil from your computer in disgust: we’re not done with horrifying NSA revelations. The Guardian broke the news today that the NSA helped its British equivalent GCHQ spy on Yahoo users from 2008 to 2010 as part of operation “Optic Nerve,” and now spies know what a lot of us look like naked. M would be outraged.

Documents leaked by Edward Snowden reveal that in a single 6 month period in 2008 the agencies captured images from over 1.8 million Yahoo users in America and the U.K.–and between 3 and 11% of the images captured contained “undesirable nudity” (as opposed to “desirable nudity,” I guess. )

Optic Nerve used facial recognition software to try and monitor terror suspects who remain anonymous or use multiple names online. However, it sounds like GCHQ was working with decidedly outdated, non Bond-grade technology.

The agency only captured one image every five seconds to avoid, as The Guardian puts it, “overloading their servers,” and their facial recognition software did a decidedly bad job of targeting suspects, or even differentiating between faces and a more intimate part of the body.

According to the leaked documents, the software used in Optic Nerve was supposed to seek out “webcam images associated with similar Yahoo identifiers to [a] known target.” Unfortunately, this associating could only happen when “the person is facing the camera with their face upright”–which means that GCHQ accidentally spied on a lot of American users.

The British agency admits in the documents that they don’t know what to do with the overwhelming amount of personal footage accidentally collected during spy sessions, and that they are surprisingly naive about modern sexual habits.

Unfortunately … it would appear that a surprising number of people use webcam conversations to show intimate parts of their body to the other person. Also, the fact that the Yahoo software allows more than one person to view a webcam stream without necessarily sending a reciprocal stream means that it appears sometimes to be used for broadcasting pornography.

If right now you’re having flashbacks to your online life in 2008 and feeling outraged, I don’t blame you. Even more disconcerting is GCHQ’s fairly lame protocol for investigators who accidentally stumbled on some non-terrorism related sexually explicit material: “Users who may feel uncomfortable about such material are advised not to open them.”

Apparently this invasion of privacy was poised to become even more egregious–the documents describe iris recognition technology being designed by NSA and the GCHQ, along the lines of  “Tom Cruise in Minority Report.” The Guardian even reports that “one way of testing this was to use contact lenses on detailed mannequins.” Yeesh. Apparently surveillance agencies are creepier and have worse taste in movies than previously thought.

A Yahoo spokesperson said in a statement to The Guardian,

We were not aware of, nor would we condone, this reported activity. This report, if true, represents a whole new level of violation of our users’ privacy that is completely unacceptable, and we strongly call on the world’s governments to reform surveillance law consistent with the principles we outlined in December.

I would make a joke here about how Yahoo didn’t know they had any users left to violate, but honestly I’m too unsettled to kick the underdog search engine while it’s down.

I think it’s only fair that GCHQ spies respond to this controversy with a flurry of dick pics. They’ve seen our yahoos, now we should see theirs.

(via Gizmodo and The Guardian, images via DonkeyHotey)