Donald Trump Thinks Edward Snowden Should Be Executed, Rest of World Unsure Why We’re Asking Donald Trump About This

No, Trump is not an expert, and no, we don't kill people just because they piss us off. 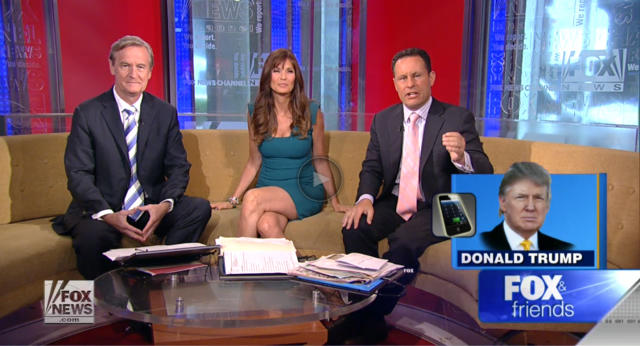 “This guy’s a bad guy and, you know, there’s still a thing called execution.” That’s rich asshole Donald Trump’s position on Edward Snowden, calling him a spy and worrying that the United States will seem “pathetic” should it take too long to catch him. And oh, yeah, Trump also strongly implied that Snowden should be murdered by the state. Because clearly, that will allay everyone’s fears of government overreach in the name of national security.

Trump made the comments on his weekly segment on Fox & Friends. They agreed that it really was inappropriate of Obama to give an address on global warming this week (all three smile and and shake their heads at this) instead of taking a strong position on Snowden. You know, like Trump’s suggestion that maybe we just kill the guy.

Trump asserts that we should strongarm Russia or China into sending Snowden back to the United States, accusing the 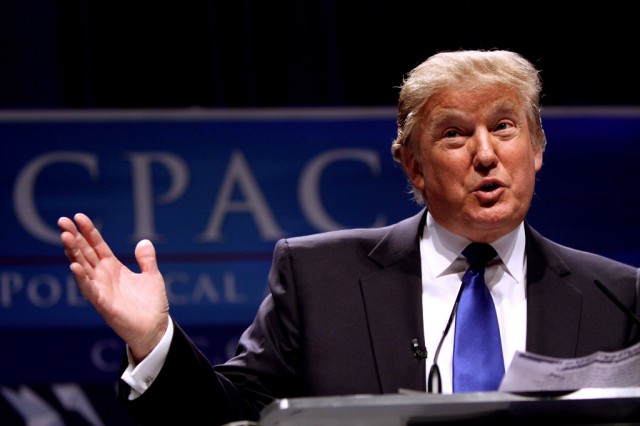 President far too worried about being “politically correct.” The hosts agree that the President ought to be more angry with countries that are “defying” us, and making the country look “silly.” We do see Trump’s point here — after all, considering this is a country that puts Donald Trump on national television several times a week, we don’t need any more help looking silly.

Feel free to watch the segment yourself, but I wouldn’t recommend it if you have high blood pressure or anger management issues. As for Trump, we have a suggestion — if you truly think Snowden needs to be executed, why not take this one into your own hands. A steel cage match to the death between Snowden and Trump would no doubt rake in serious ticket sales. I’m pretty sure that sort of thing isn’t even illegal in Russia.

(via RawStory via TechDirt, images via Gage Skidmore, TLC)
Meanwhile in related links