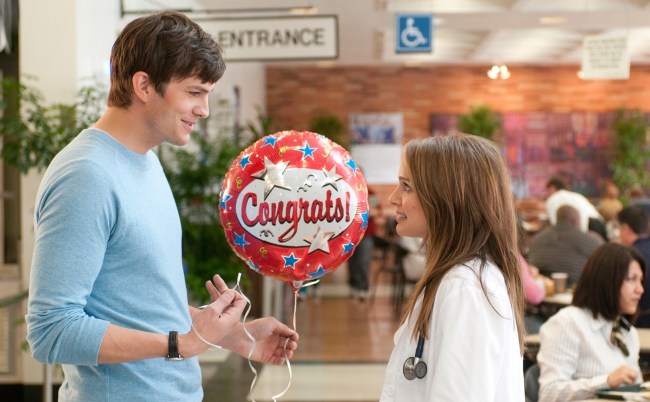 Natalie Portman is on the February cover of Marie Claire to talk about her role in the highly-acclaimed Jackie and her upcoming role as Ruth Bader Ginsburg, but she also talked about an older film that wasn’t in any Oscar races–the 2011 romantic comedy No Strings Attached.

Portman revealed that co-star “Ashton Kutcher was paid three times as much,” and while I’m sure her pay was nothing to scoff, at that kind of difference is outrageous. At this point, Portman was an actress with an Academy Award, Golden Globes, the BAFTA, and more. Her most recent role was Black Swan before No Strings Attached. In contrast, Kutcher’s most recent role was Killers, a romantic comedy for which he won a Razzie. This is not to criticize Kutcher, but to point out that he was by no means worth 3 Natalie Portmans in 2011.

The actress goes on to say that she wasn’t too bothered, but that the difference was absolutely “crazy”:

I knew and I went along with it, because there’s this thing with ‘quotes’ in Hollywood. His was three times higher than mine, so they said he should get three times more.

I wasn’t as pissed as I should have been. I mean, we get paid a lot, so it’s hard to complain, but the disparity is crazy.

“Compared to men, in most professions, women make 80 cents to the dollar,” Portman explains. “In Hollywood, we are making 30 cents to the dollar.” Portman is not the first actress to talk openly about Hollywood’s wage gap, and she certainly won’t be the last. It’s a brave thing to do, not just because talking about money can be uncomfortable, but because it can mean losing out on work for those in the industry.

(via Pajiba, Image via Paramount)
Want more stories like this? Become a subscriber and support the site!