Amy Adams Speaks Out About Being Paid Less on American Hustle

The actress also said that director David O. Russell made her cry "most" days on set. 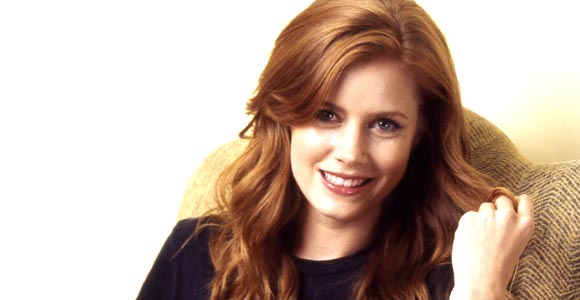 In a recent interview with British GQ, Batman V Superman (and five-time-Oscar-nominated) actress Amy Adams shared that she was aware she was being paid less than her male co-stars on American Hustle, but felt as though she had to take a lower salary in order to accept the part:

I still agreed to do it because the option comes down to do it or don’t do it. So you just have to decide if it’s worth it for you. It doesn’t mean I liked it.

This interview, along with others that have been conducted with Adams recently, are an interesting sign of Adams’ willingness to open up on the subject of the wage gap in Hollywood–especially since she’s apparently been willing to talk about what was revealed in those emails by the Sony hack for quite a while now. Initially, she’d said it would have been an uncomfortable conversation for her–but apparently, time and distance from the project have put her more at ease to speak freely. Adams added that she was proud of her co-star Jennifer Lawrence for writing the piece she did, saying, “What I liked is that it was not necessarily about getting paid, or not getting paid… It’s like we [women] have been conditioned to not be controversial, to not cause problems. It’s about finding your voice.”

The other disturbing story from Adams is her reveal that American Hustle director David O. Russell (who has been linked to several other negative anecdotes from actors he’s worked with) made her cry on set. As for her co-star Jennifer Lawrence: “Jennifer [Lawrence] doesn’t take any of it on. She’s Teflon. And I am not Teflon. But I also don’t like to see other people treated badly… It’s not ok with me.” That quote seems to imply that Adams wasn’t the only person on the receiving end of negativity from Russell–and certainly puts a new spin on previous quotes from Lawrence wherein she said Russell treated her like one of the guys, even to the extent of using male pronouns for her.

All in all, it sounds like the set of American Hustle was a pretty toxic work environment for Adams–so it’s a good thing she’s well away from it now. And it’s good that she’s lending her voice to the other actresses talking about the subject of the wage gap–keeping it at the forefront of the conversation is the only way to keep it going.