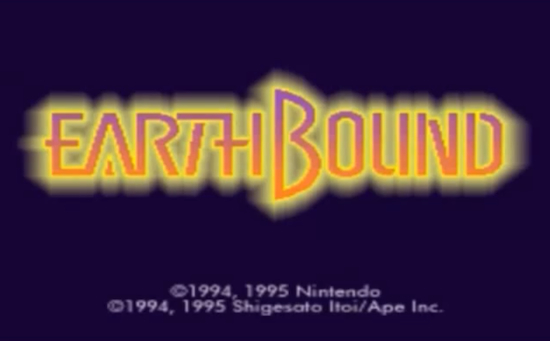 A week or two ago, video game aficionados were caught off guard when IGN reported that EarthBound creator Shigesato Itoi hinted at a potential re-release — or a “republication” as he put it — of the highly lauded and equally obscure Nintendo RPG franchise on Twitter. Nintendo is no stranger to repackaging some of their more classic titles either as anthologies or revised updates featuring new graphics and additional bonus features never before seen in the original. From Super Mario Bros. to Pokémon, nearly every franchise has at least seen one re-release in some form or another within U.S. markets, but, despite the fervent pleas of the devoted and nostalgic, the company has always looked over giving the Super Nintendo’s EarthBound its proper due with a second lease on life in America, not to mention two games from the series that never reached the West. Even if Itoi’s words ring true, this history of neglect on Nintendo’s part  is something that cannot be ignored any longer.

Itoi’s original tweet regarding this republication of EarthBound — also known by its Japanese moniker Mother — was translated into English by the fan site EarthBound Central and posted by IGN, which read:

Since it’s now okay to blurt this out, here goes: the ‘Mother republication’ thing I mentioned briefly before is making progress. It’s not Mother 4 though! This has to do with making Mother playable. I can’t give out any details just yet, but I do at least need to say that it isn’t 4.

So here’s what we know about whatever Nintendo might decide to re-release by the end of this process: It won’t not a new entry in the franchise and it’s meant to make it “playable,” which we can assume pertains to accessibility since getting one’s hands on EarthBound is an expensive, time-consuming endeavor. Plus, Japan has already seen a release of a Mother 1 + 2 compilation game for the Game Boy Advance in 2003, possibly indicating that the republication Itoi is speaking of may be intended for American audiences. Think about it, why else would he be drumming up excitement for games Japanese players can already get their hands on?

This habit of not giving America an invitation to the EarthBound party stretches back all the way to the scrapped Mother 3 for the Nintendo 64. Development began in 1996, but was ultimately canned four years later due to Itoi and his team’s struggles working with the N64’s complex hardware. Though everybody thought it was the last they’d see of the game, Mother 3 was actually released in 2006 for the Game Boy Advance as a Japanese exclusive three years after Mother 1 + 2 albeit with major graphical differences. For years, the international fanbase waited with bated breath hoping that Nintendo would look into its chasm-like heart and finally throw them a bone. It goes without saying that someone obviously walked away disappointed, and it wasn’t Japan.

Nintendo really had no excuse to not re-release the original EarthBound and its Japanese installments, especially with the popularity boost the Super Smash Bros. series gives unknown characters and franchises. Since Super Smash Bros. Melee for the GameCube, the games have acted as Nintendo’s de facto testing ground for introducing Japanese exclusive series to foreign markets — case in point being Fire Emblem. Before Melee hit the shelves, pretty much no one but Nintendo fanboys and girls — knew Fire Emblem even existed until they had the opportunity to play as characters from the game. Like the adage says, the squeaky wheel gets the grease, and gamers made enough of a fuss to convince Nintendo to port over some of the Fire Emblem wealth.

Regrettably, no one had done the same for EarthBound regardless of the first Super Smash Bros. for the Nintendo 64 featuring Ness, and the third installment, Brawl, introducing Mother 3‘s main hero Lucas as a playable character. Even in light of the West’s  demand for Mother 3, Nintendo didn’t even budge in shipping the game to overseas markets.

Fact of the matter is, despite the persistent outcry for EarthBound, the game was a financial failure for Nintendo when it was first released in America, perhaps giving the company a plausible reason as to why they would be so hesitant to give us a second chance — and showing that, in retrospect, we were a bunch of uncultured philistines back in the ’90s. But time has clearly shown that EarthBound has more than found a place in our hearts and received untold adoration from fans both new and old. After nearly 20 years of waiting, now’s the time for EarthBound to stop being a footnote in the history of gaming and become an accessible appreciation for an overlooked franchise. Mr. Itoi, don’t let us down!