Here’s What We Learned in This Morning’s Nintendo Direct

I don't object to these announcements.

Today, Nintendo held one of their regular Nintendo Direct presentation streams, where they inform the public about what games they have in development. Today’s was very short notice, only being announced yesterday afternoon. But here it is, with plenty of game talk to keep you salivating. So here’s your rundown of everything that CEO Satoru Iwata discussed today.

It started with Iwata going over a few of this fall’s biggest third party Wii U titles: Sonic Lost World and Rayman Legends. While for the most part the footage of both games is of content we’d already seen, they showed off exclusive Mario and Luigi costumes for Legends, which is cute and soothes the lingering burn of the game’s delay earlier this year. Art Academy Sketchpad is also coming soon, and the best creations users make in it will be highlighted by Nintendo, which is pretty cool.

With that, Iwata took a break and Erik Peterson from the Nintendo of America Treehouse took over. He started off by reminding us that Pikmin 3 is out, and you can take up-close-and-personal pictures of Pikmin to share with friends. Though this was probably shown to lure us into buying the game through the Pikmin’s cuteness. He also put the spotlight on two other Nintendo games to be released soon: Mario and Luigi: Dream Team and Pokemon Rumble U. For the latter, Gamestop will be selling 18 exclusive figures with unique abilities you won’t be able to get in the game itself. 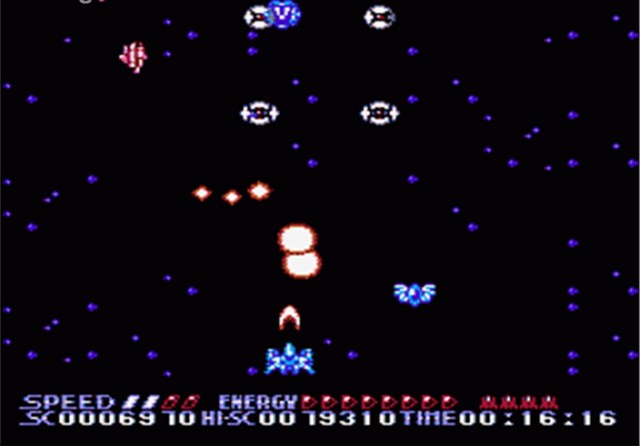 He then talked about some classic games bound for the 3DS Virtual Console this year. The very hard-to-find Famicom space shooter Summer Carnival 92 Recca, which Peterson described as “one of the most challenging shooters ever created,” is coming to the eShop. Also on the way are the original Donkey Kong, Tecmo Bowl (no word on if Bo Jackson’s intact), and Wario Land 3. To top it off, all-time classic Super Mario Bros. 3 will be available on both the Wii U’s and 3DS’ Virtual Console services.

Lastly, Peterson reminded us that the 3DS update that brings us a Streetpass relay system through Nintendo Zone locations is now up. And looking further towards the future, a brief trailer was shown reconfirming that Professor Layton and the Azran Legacy is going to be released sometime in 2014. After that, Peterson started to wave goodbye as he handed the mic back to Mr. Iwata.

But before the Treehouse segment ended, Peterson was interrupted by everyone’s favorite lawyer for the Direct’s biggest announcement: Professor Layton vs. Phoenix Wright is going to be localized for western audiences! It seemed for awhile there like Capcom had been giving Ace Attorney fans the same silent treatment as they were Mega Man fans, but with the announcement of this and Ace Attorney V coming to the 3DS, Mr. Wright is going to Washington in full force.

When Iwata returned to the screen, he started talking all about the upcoming Zelda games. There was some new info about the 3DS’ A Link Between Worlds: This time, there will be two Triforces, one of Gold and one of Shadow. They will respectively be held in the Light and Dark Worlds that are returning from the game’s predecessor, A Link to the Past. As such, the level layout will be very similar to ALTTP, but Iwata emphasized that the core gameplay will be different, far after ALTTP.

Iwata also answered one of the biggest questions Zelda fans had about the game– Between Worlds doesn’t feature the same Link from A Link to the Past; it’s a completely different character because it takes place far in the future. There was also some footage of the Wind Waker HD shown, but no new information was given.

Then he focused on Nintendo’s other man in green: Luigi. Since it’s still technically the Year of Luigi, he had another “special announcement” regarding the character. Was it a new game? No. A Wii U bundle with New Super Luigi U? Think again: Luigi has been confirmed for Super Smash Bros. for Wii U & 3DS, which really isn’t news considering he’s been in every Smash game to date.

The topic then turned to Animal Crossing: New Leaf. It’s now been released worldwide, and everyone who’s played it loves it as much as we do. To celebrate this smashing success, an Animal Crossing series community has been put on Wii U Miiverse, as well as a new Wii U app called the Animal Crossing Plaza. It lets you see all your favorite animals in HD, so it looks really nice and cute. But it’s not just eye candy– you can upload pics from your copy of New Leaf and post them to Miiverse, or talk with other players specifically about your favorite animals. It’s a weird way to celebrate, but seeing Isabelle do the “Direct” hand gesture made it all worth it. 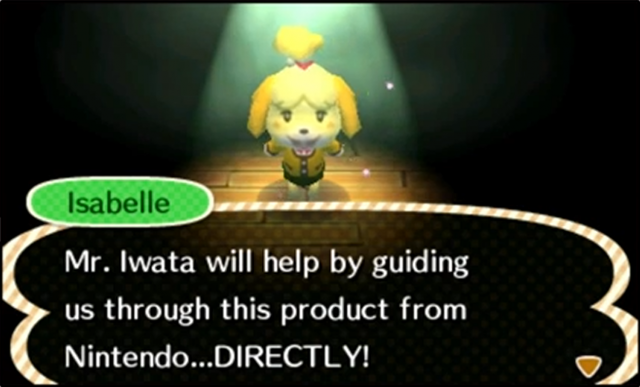 Iwata closed the program by announcing that this Friday, there’ll be another Nintendo Direct regarding another Wii U game, The Wonderful 101. That probably won’t feature any surprise announcements, but I guess we’ll have to wait and see.