Still doing what Nintendon't all these years later. 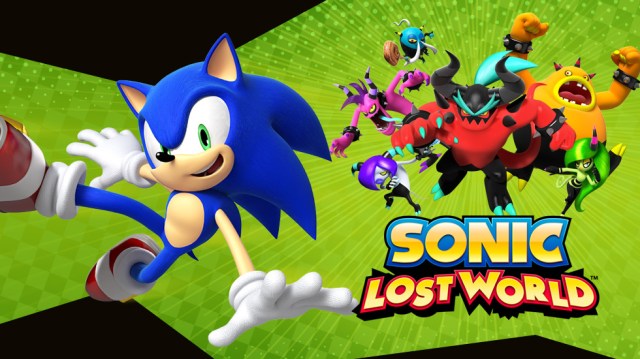 Ever since Sonic Colors ended the so-called Dark Age of Sonic, the series has returned to a decidedly cartoonish, light-hearted tone. Sonic Lost World, the upcoming Wii U game, looked to continue that trend, but due to certain bits of dialogue it’s been given an E10+ rating by the ESRB as opposed to the usual E. I suspect it was written by Shadow the Hedgehog now that he’s out of the spotlight.

Here’s the full summary from the ESRB page, getting all Clarissa and explaining it to your face:

“Rating Summary: In this action platformer, players control Sonic the Hedgehog as he attempts to stop an evil villain’s plans. As players zoom through fantastical landscapes, they collect items (e.g., gold rings and power-ups), avoid hazards, and use spin attacks to defeat robotic enemies; enemies break apart amid colorful explosions. During gameplay, characters sometimes use aggressive language (e.g., “You’re going home in a box,” ‘I’m going to skin you alive,’ and ‘I long for death’s cold embrace.’). Cutscenes also depict laser fire and explosions, as well as dialogue that references violence (e.g., “I’ll get fat from eating your black hearts,” “One second you’re contemplating genocide,” and “As long as I can still strangle a Zeti, my hands are fine.”).”

“You’re going home in a box”? “Contemplating genocide”? I don’t think anyone was expecting characters in a Sonic game to say that. I mean, bad language isn’t exactly new to the series, but stuff that descriptive sounds even weirder. Maybe this means that Sonic 2‘s infamously scrapped Genocide City Zone is making an appearance?

The fact that Lost World‘s main villains are called the Deadly Six initially raised some eyebrows, but the word “deadly” has become pretty tame by entertainment standards over time so suspicions of darker content were quickly quelled. I guess this was kind of inevitable, since all the dialogue in the recent Sonic games have been written by the writers of Happy Tree Friends. Though it could be that Sonic voice actor Roger Craig Smith’s other current work as Batman in Arkham Origins just sort of carried over. We’ll have to see when the game releases on October 22nd.

(ESRB via The Sonic Stadium)