Microsoft to Officially Reveal Next-Gen Xbox at May 21st Event 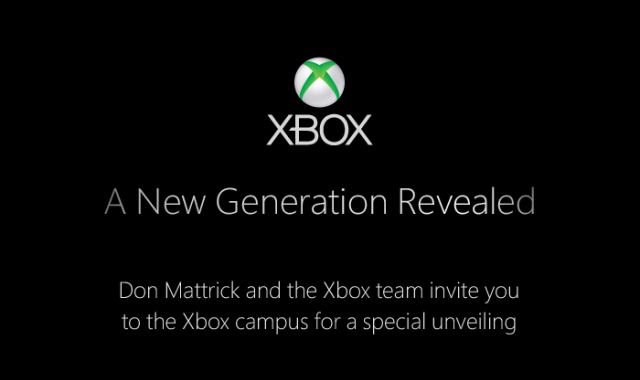 It’s finally time, folks. Microsoft has decided that they’re going to pull back the curtain and let us in on “a new generation of games, TV and entertainment.” What that actually means is anyone’s guess, but they’re almost certainly going to try and push whatever’s coming next as an all-around device. Regardless, we’ll all find out for certain soon enough — Microsoft’s hosting an Xbox reveal event on May 21st.

The invite itself, which you can see in full below, makes it clear that this is all about the next-gen Xbox, but they probably could have picked a better person than Don Mattrick to invite folks to the Xbox campus. It’s a pretty boring way to tease the unveiling on something they seem so excited about, but whatever. It’s not my console to unveil. 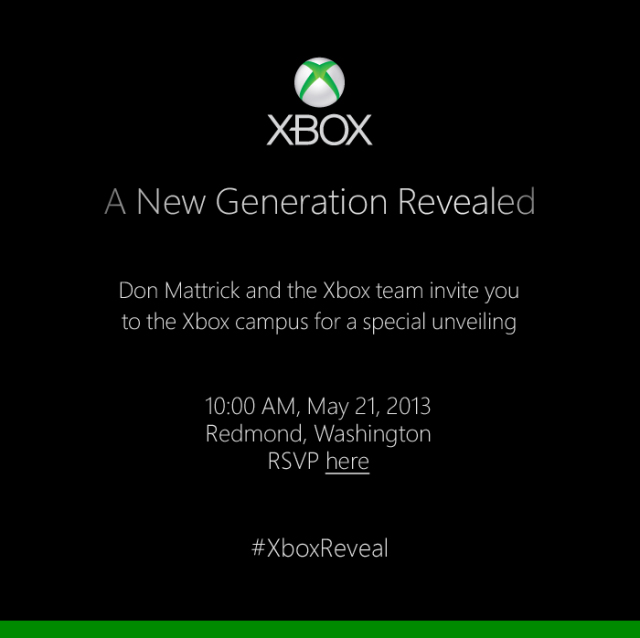 According to a blog post from Larry “Major Nelson” Hryb, it sounds like Microsoft’s going to show off the console itself, including a few odds and ends, but hold the majority of their cards close to the chest for E3, which is just a few short weeks afterwards.

The event itself is set to go down at 10AM PT/1PM ET, and you can catch it via live stream if you weren’t one of the lucky ones invited to the special press event.