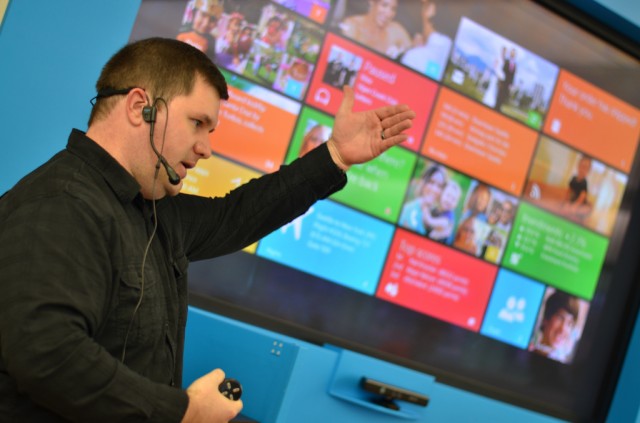 Before you get too excited, let me reiterate that this is almost pure rumor at this point, and even if it’s true right now, it could change before the next version is released, but Microsoft is reportedly planning on dropping the “metro” design and bringing back the “Start” button for “Windows Blue,” as in Windows 8.1. Please let this be true.

My work laptop is set up to dual boot between Ubuntu and Windows 8, but I’ve booted into Windows 8 as little as possible, because I hate using it. The tiled layout they seemed so proud of a few months ago is frustrating, even with my computer’s touch screen, and getting to programs that aren’t installed as tiles takes extra steps that it just shouldn’t require.

I’m not alone in not liking the radical changes Microsoft made with Windows 8. PC sales are in a slump right now, and while that’s likely due to increased sales and usage of devices like tablets, the slow public adoption of Windows 8 certainly isn’t helping.

ZDNet is reporting that they have sources at Microsoft who have confirmed that Windows Blue will let users boot directly to the desktop, bypassing the nonsense tile menu, and that the desktop will feature the classic Start button. This won’t be finalized until the public preview of Blue gets released some time this summer, but at this point I’m hoping it turns out to be true so that maybe I can finally get some use out of the Windows 8 partition on my computer.