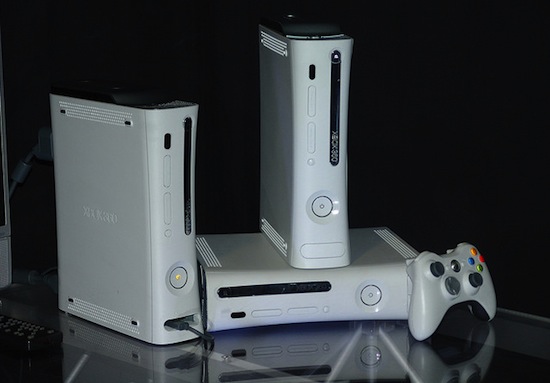 Having fun playing Halo 4 on your good ol’ Xbox 360? You are? Good, good, enjoy it while it lasts because by Thanksgiving of next year, Microsoft is planning to launch the latest iteration of their game system just in time for the holiday shopping season. That and the company wants to relish watching you squirm over the knowledge you’re currently playing on a console soon to be out of date within the year.

With the recent release of Nintendo’s Wii U — the system that we all know the original Wii should have been — and Sony prepping to cobble together an updated successor to their PlayStation 3 console, Microsoft is pressured more than ever to bid farewell to the past and begin looking toward the future of gaming. A future that is one short year away.

Microsoft, aside from the projected launch window, has been pretty mum on the subject, as company nondisclosure agreements dictate, but that hasn’t stopped them from considering their venue options when it comes time for the system to make its grand entrance. According to the hearsay of some Microsoft employees — their names withheld for the sake of their jobs —  the company is debating whether to showcase the newest addition of the Xbox family at an electronics show like E3 or organize a demo event of their own.

Even though the Xbox 360 will soon be collecting dust and reminiscing about better days with your other neglected and outdated game systems by the light of an oil drum fire, Microsoft has reported that sales of the system were strong over the past Thanksgiving weekend, with the number of units sold exceeding expectations as well as the number of Wii U shipments during that week.

So for now, savor those last tearful moments with your Xbox 360 before you toss the old girl in a GameStop bargain bin with busted Skylanders peripherals.

(via Bloomberg, image via talios)