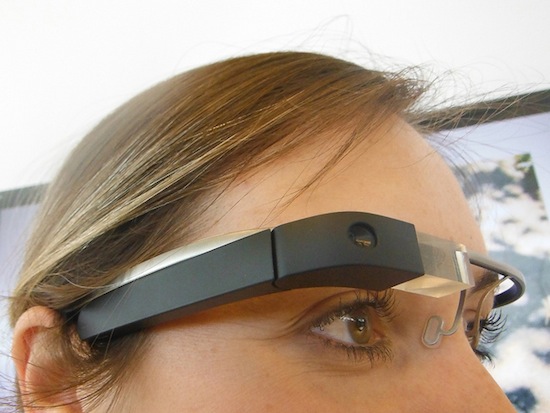 The earliest it is likely we’ll see any augmented reality glasses on store shelves is 2014. That’s when the Google Glass augmented reality eyewear is supposed to become available to consumers, but that won’t stop other companies like Microsoft from getting on board the smart glasses bandwagon early. A recent patent filed by Microsoft shows their take on augmented reality lenses. Hopefully all this excitement over souped-up eyewear leads to the return of Virtual Boy.

The project at Microsoft doesn’t appear to have a name yet, but when it gets one we hope it’s better than “Glass.” The patent that was recently released was filed for Microsoft by Kathryn Stone, who was the executive producer for the Xbox Kinect, and John Tardiff, a former Apple engineer.

Such technology could have a wide array of uses, but the Microsoft patent seems to focus on using the proposed device in mostly entertainment settings. Examples for uses in the patent include seeing statistics laid over players of a baseball game, being shown the line of scrimmage in football, or seeing translated lyrics of an opera. They see the device as a way for spectators to keep their eyes on the action of whatever it is they’re watching instead of looking away at a monitor or smartphone for additional information.

Hopefully there will eventually be an app that plays the sound of an audience applauding when your best friend walks into a room, or hoots and hollers when you see a couple kissing. That way your life will be more like television.

The glasses are more than just a display. They will also feature a wide variety of sensors like a gyroscope, magnetometer, infra-red detector, and an eye-gaze tracker. Along with the sensors the device will also have a number of inputs such as a video camera and microphone. To keep the bulk of the glasses to a minimum, the patent also proposes a small computer that can be worn on the wrist.

As far as we know, this is just in the design stage, but with companies like Vuzix and Explore Engage already preparing devices similar to Google Glass it’s not unlikely that we’ll see some version of this come to fruition in the near future.

(via BBC News, image via robpegoraro)