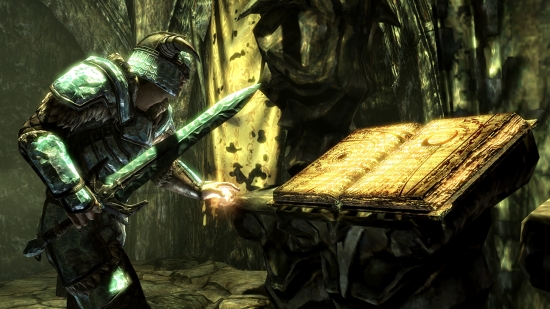 Though it won’t release until December 4th, and even then only for Xbox 360, Bethesda Game Studios is well aware that folks are eagerly awaiting the coming DLC for The Elder Scrolls V: Skyrim. Titled Dragonborn, Skyrim’s newest outing will see players visit a setting previously explored in Morrowind: Solstheim. It’s there that players will face the very first Dragonborn. Bethesda’s even released a slew of screenshots to show it off.

Though it’s hard to say exactly what significance any of these images will have in the DLC upon release, it certainly looks like there will be plenty to do, see, and kill. Dragonborn promises to be a cornucopia of Dark Elves and new gear, so that’s always a plus.