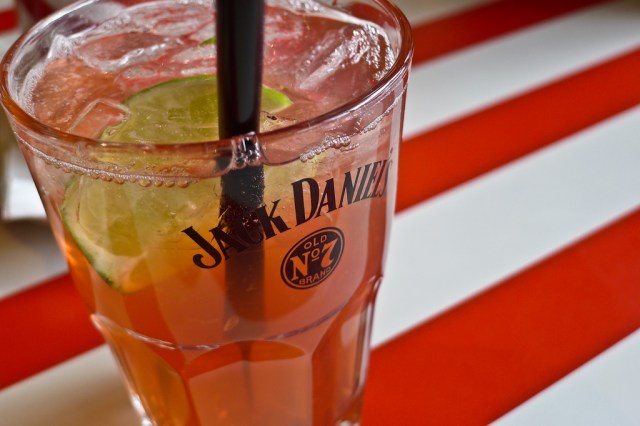 When you’re out drinking with some friends, it can pay to stick to well liquor. Why? Because it’s a fairly common practice for unscrupulous bar owners to fill bottles of expensive, top shelf booze with the cheap stuff to raise their profit margins. As if that practice isn’t unpleasant enough, 29 New Jersey bars and restaurants — almost half of them T.G.I Friday’s locations — just got busted for filling bottles of pricey booze with cheaper alternatives including dirty water and rubbing alcohol. This leaves us with just one question — who the hell is going to T.G.I. Friday’s and ordering 12-year-old Oban, anyway?

Acting on complaints from patrons, undercover agents from New Jersey’s Division of Alcoholic Beverage Control sampled drinks from more than 150 establishments in the state, finding that 29 were misrepresenting the drinks they were pouring. Once the perpetrators were narrowed down, nearly 1,000 suspect bottles were seized by state officials for further testing. Those test will determine how much trouble the bars — 13 T.G.I. Friday’s among them — are in for bilking their customers out of cash by serving them rubbing alcohol when they’re paying for pricey hooch.