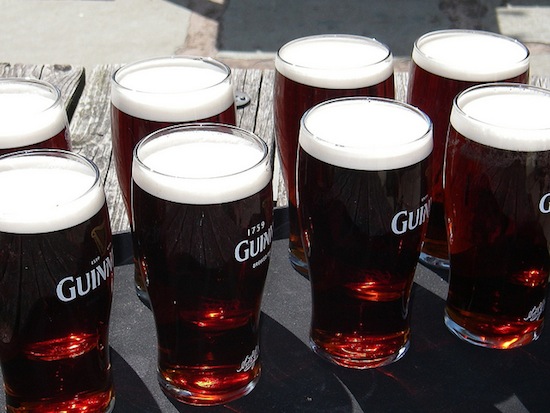 Ireland, it would seem, has officially decided to just start living up to all the ugliest stereotypes the rest of the world has about it. Exhibit A:  The local council for Kerry County in south-west Ireland has approved a measure that would allow police to issue permits to people living in rural areas that would allow them to drive drunk legally. The new rule was proposed by council member Danny Healy-Rae, who we hope to God was drunk when he came up with this idea, if only because the other option is him being stupid all the time.

Healy-Rae’s unprecedented argument for more drunk driving stems from the fact that some of his older constituents “are being isolated now at home, and a lot of them falling into depression,” apparently because they can’t drive home a little sauced from the pub, which is known to be one of the leading causes of depression nowhere, ever. Setting aside for a moment the fact that depression doesn’t actually work that way, is there any reason those folks couldn’t spend the last hours of their time out among friends drinking a club soda or two? Oh, they would rather drive home a danger to themselves and others? Well, now I see the argument. Healy-Rae also pointed out that folks he’s arguing for the permit for live in lightly trafficked rural areas, where you’d have to be a drunk idiot to hit someone with your car, which you would think would be an argument against more drunk idiots on the road, but is apparently not.

The BBC reports that Healy-Rae, who had the truly surprising grace and good sense to stop his speech before suggesting that some folks might drive better when they’ve had a couple, brought the motion up for a vote toward the end of a council meeting from which more than a dozen voting members had already departed, and it passed with just five votes for to three against, with the seven remaining members abstaining. And it’s just a coincidence, surely, that most of the ‘Yea’ votes came from council members who, like Healy-Rae, also just happen to own bars.

This fact, of course, had absolutely nothing to do with their passage of a bill that would allow them to serve more booze to intoxicated people who would shortly be operating motor vehicles. Even suggesting so would be an offense to a noble group of people who just want to see more inebriated people behind the wheels of Ireland’s automobiles, as God intended.

The vote doesn’t mean that the permits will be issued, as the matter now goes to the justice department of Ireland for approval.