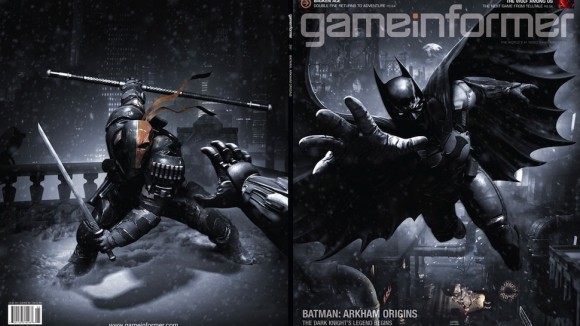 Warner Bros. has been quietly marshaling its forces to create the next installment of the Arkham franchise, and its domain name registrations have not gone unnoticed. But today the company officially announced Batman: Arkham Origins. The good news is there’s a new game. The bad news is it’s a prequel, so it won’t be delivering on any of the loose ends left wafting at the end of Arkham City. Also for a moment there I entertained the notion that since it was a prequel, it might actually involve Barbara Gordon when she was Batgirl and not Oracle, but the devs are saying it’s a “young Batman” meeting some of his enemies for the first time, so I doubt there will be a lot of Batfamily shenanigans, unfortunately. But with eight assassins descending on Gotham City on Christmas Eve to compete over who can kill Batman first, there’s a good chance of say, Lady Shiva, Cheshire, White Canary, or, if they wanted to pull from the Batman Beyond universe, Curare. Either way, Warner Bros. Games Montreal has some big Rocksteady Games shoes to fill. (And the DC Universe really needs some lady hitpersons who aren’t Asian ninja-types, sheesh.)

You can read more about the release here.