Why Wonder Woman Should Carry a Scrunchie Around 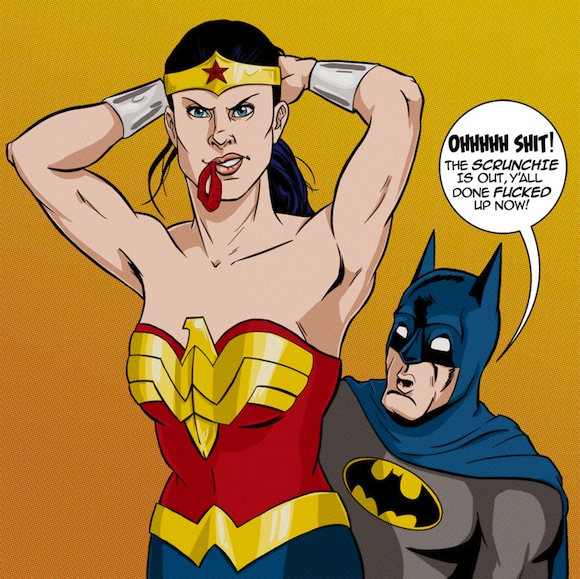 Kevin Warren drew this as an illustration of some tweets by comics journalist Chris Sims, which you can read here. Because a female fighter pointedly putting her hair up should have the same cinematic caché as a scientist pointedly taking his glasses off. It’s the opposite of the Samurai Jack effect, where when his hair came out of his ponytail, you know that shit just got real.

(via David Willis on Tumblr.)