National Research Council Says Get Your Ass to Mars, NASA | The Mary Sue

Howdy, NASA. This is Hauser—er, the National Research Council. 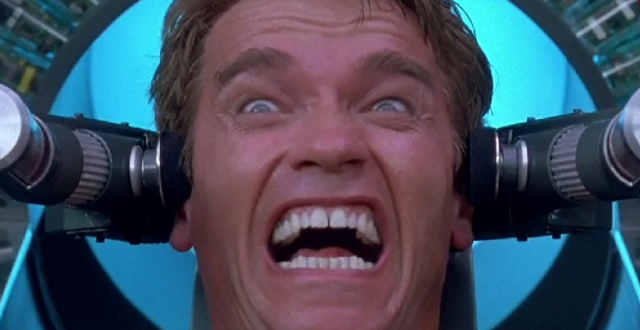 Go Mars or go home, NASA. That’s what the National Research Council says in a new report, anyway. According to them, the only way forward for the human spaceflight program is getting focused on shooting for the stars. That’s metaphorically speaking, of course. If Mars were a star, we’d all be dead. Or basically on Tatooine.

They think that NASA’s gotten a little off track, though. The plan is to put a human on Mars by the mid-2030s, but Jonathan Lunine of Cornell University, co-chairman of the committee that authored the report, said, “There really isn’t a strong direction to the human spaceflight program beyond ISS itself, which is in the mature phase.” Oh, sure. Once the ISS reaches the “mature” part of its life, dump it for something new and fresh like a Mars colony. I see how it is.

Resources are finite, though, so they’re right that it’s advisable for NASA to really focus its efforts if they want to get to Mars. Otherwise, we might never get there, which sounds like a terrible waste of a space program. Just how exactly to focus its energies is ultimately up to NASA, but the Research Council envisions three different “pathways” they could take to select missions that would be Mars stepping stones.

One option would be to start with the planned mission to give the moon a moon, and another would take us back to the moon and maybe involve the construction of a lunar base as Mars practice. The third plan would be to do both of those and also maybe check out Mars’ moons, but that one starts to get back into the unfocused and unfunded territory, even though it would be the best in an ideal world.

But we don’t live in that world, NASA, so you’ve got to get it together. The National Research Council says that if you want a future in human spaceflight, you’ve got to make sure your goals are focused and align with international efforts. You’ve got to get to Mars. Someone has to give these people AAAAAIIIRRRRRR!

(via Phys.org, image via Total Recall)