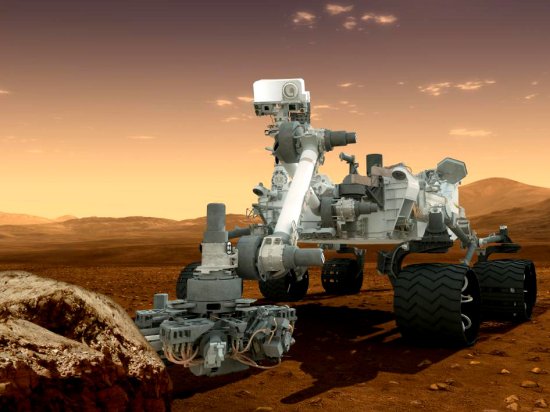 [UPDATE] The embedded stream was playing alternate coverage. It is fixed, and should be streaming the press conference directly from the AGU – 12:12pm

Last month NASA said that the Curiosity Rover had found something historic on Mars, and everyone’s mind, ours included, jumped right to the conclusion that what they found was life, or at least evidence of life. A few days after that announcement, they basically told everyone to chill out. They said the findings were important, but not as ground-breaking as everyone seemed to think. Finally, on Friday, they straight up tweeted that what they found wasn’t life. What did they find? They’re holding a press conference at noon EST to make that announcement and you can watch it right here with us.

Following NASA’s press conference last week to say they found evidence of ice on Mercury, they are revealing what all the fuss was about last month when the Curiosity Rover analysed a sandy soil sample with its Sample Analysis on Mars (SAM) mobile chemistry lab. We had assumed Thursday’s press conference was a warm up for today’s main event from the fall meeting of the American Geophysical Union in San Francisco, but with Friday’s announcement that no organic material was found, it’s more difficult to get really excited for the announcement. Still, though, we are nerds first and foremost, so we’re at least a little excited to hear what the news is.

You can watch NASA’s press conference live at noon EST right here via the power of embedded video.

What are the chances all the downplaying since the initial announcement of historic findings was just a ruse, and the press conference will be given by one of the aliens they found on Mars? Slim. Those chances are incredibly slim. This should still be pretty cool, though, so thanks for watching with us

(via NASA, image via IntelFreePress)