What Did the Curiosity Rover Find on Mars? | The Mary Sue

What Did NASA Find on Mars That Has Them So Excited? 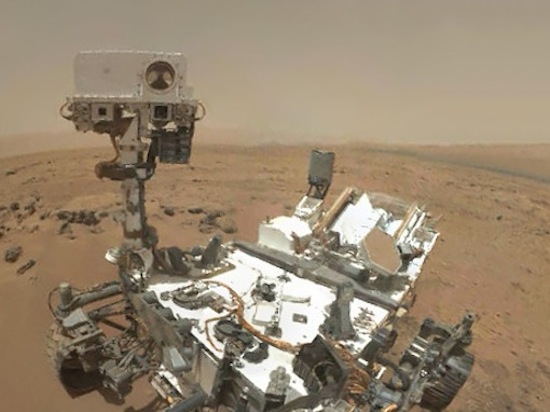 Have you ever had to keep a secret that you really, really wanted to share, but you couldn’t because the timing wasn’t right? That seems like the position NASA is in right now. After a whirlwind first couple of months on the surface of the Red Planet, the rover Curiosity has been silent, idling for sometime. Analysts Earth-side are poring over data from a series of five sand samples recently analyzed in the rover’s mobile chemistry lab, the Sample Analysis at Mars (SAM) unit. There’s no word on what they’ve found quite yet, but researchers are willing to say that it’s something big. Like, historical event big. Considering Curiosity’s mission is to find life on Mars, there’s pretty much just one thing that could be considered historically big news from the rover — signs of life on Mars. Not that anyone is saying that right now — but sometimes, the way in which you don’t say something could speak more than what you do say, and this certainly feels like one of those times.

Intriguing chemical and geological analysis, there’s one reason that Curiosity was launched — to search for signs of life on Mars. Anything else, no matter how cool, has to feel like a half-measure. So historically big news here means, pretty much by definition, signs of life on the now dead planet. Which we probably don’t have to tell you, would be huge. It’s also an announcement you really want to be sure you’re right on if you make it, so don’t expect confirmation of what is currently the best kind of rumor and innuendo — the kind about life in outer space. Speaking as a former PR wonk, that’s not the sort of announcement you want to have to walk back.

While having to keep quiet about news as exciting as finding signs of life on Mars has to be frustrating, it’s nothing compared to how crappy it would feel to make an announcement that there was once life on Mars and then have to backtrack later. That would really, really suck, not to mention dealing a major setback to the space agency’s credibility. So whatever this data ends up suggesting, you can be sure of one thing — if NASA ever does make the announcement that they’ve discovered life on Mars, they’re not going to do so until the data they’re basing that conclusion on is damn near unimpeachable.

That’s likely to make for an annoyingly long gap between getting excited about the discovery and feeling confident enough to release the data to the public. The wheels of progress turn slowly — sometimes too slowly for our comfort — but turn they do. We hope you’ll stay tuned in here, because the one other thing we can guarantee is that whatever NASA has figured out up there, we’ll be bringing it to you the very second we’re able.