NASA's Orion Spacecraft Will Make Its First Flight in 2014 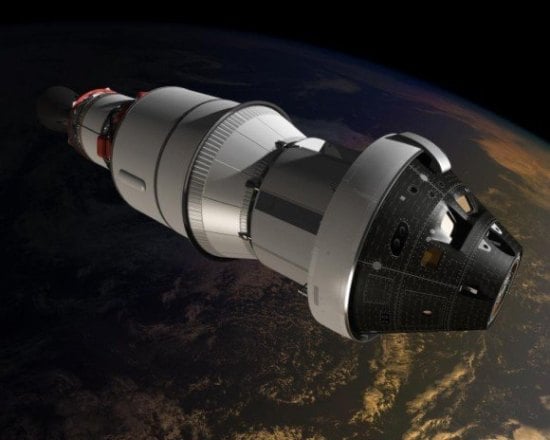 NASA has recently announced that the first flight of its Orion spacecraft will take place in early 2014. The Orion, which is something of a spiritual successor to the Apollo spacecraft which took humans to the Moon, will be the first human capable spacecraft operated by NASA since the retirement of the Space Shuttle fleet earlier this year. While designed to carry humans, the first flight will be unmanned.

In a sign of the new direction for NASA, the test flight will not only shakedown Orion’s low Earth orbit capability, but its deep space aspirations as well. With the Constellation program that spawned Orion now very well scrapped, NASA has changed course and set its sights on asteroid landings and a manned Mars mission in the somewhat near future. This is a major departure for the agency, which between the Shuttle and International Space Station has been focused almost entirely on manned LEO missions for decades.

The 2014 flight, called Exploration Flight Test (EFT-1), will begin with a blastoff atop a Delta IV Heavy rocket and include two orbits. These are described as “high apogee” orbits, and will apparently go further than any spacecraft designed to carry humans has gone since 1973. Upon completing its mission, the Orion capsule will splash down in the Pacific Ocean after completing a 200,000 mph reentry.

Though it will be launched atop the already proven Delta IV Heavy, the flight will be testing some of the design features of NASA’s forthcoming Space Launch System (SLS). While the first SLS missions are a long way off — 2017 for unmanned test flights, and 2019 for a manned flight — the EFT-1 flight will influence the final design of the SLS rocket.

The 2014 timeframe of the flight also highlights the growth of commercial space operations, albeit with some subtlety. The Orion will almost certainly be called upon to make flights to the ISS, but the SpaceX dragon is likely to get their first. Given that the first flight of the Orion is focused on traveling beyond LEO, beyond where the ISS hangs out, it hints at how companies and international efforts taking up the slack that the Space Shuttle left behind.

Of course, delays and unexpected changes are a part of complex technology development — especially when the government is involved. And though unmanned, the 2014 flight is something to look forward to as Orion finally prepares to spread its wings.