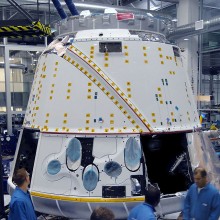 Last week, SpaceX gave us a look at the upcoming mission to the International Space Station — the first of its kind for a privately operated company. The company is aiming to make history with its Dragon spacecraft, pictured right, due to lift off for the ISS this November.

Just a few days afterward, the SpaceX twitter did a rundown of the eight Dragon capsules in existence. It’s a fascinating look at how far the company has come, and a glimpse at SpaceX’s near-term plans. Read on below for the past and future history of what  is looking like the next step for human spaceflight. 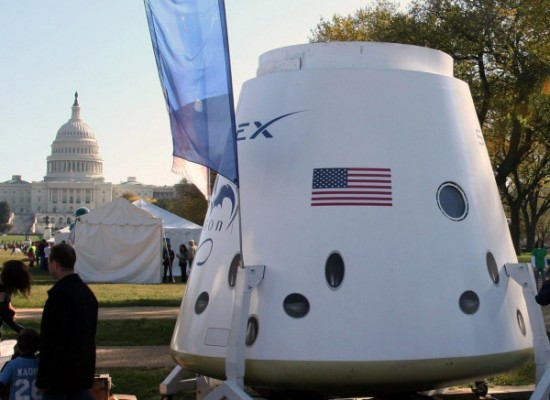 The first Dragon capsule was this model, pictured here at the US Science Festival. SpaceX is currently using it to test crew seats in preparation for a manned mission, currently slated for 2014. 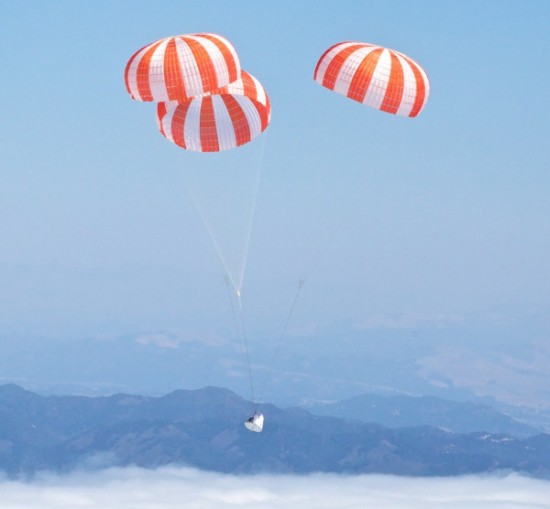 The second Dragon capsule was used to test the parachute re-entry system and ground recovery. In the summer of 2010, it was dropped over 14, 000 feet and is currently being used by SpaceX in some capacity. 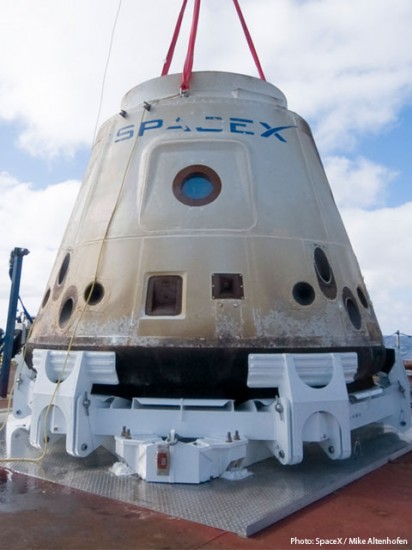 So far, the third Dragon is likely the most prestigous and certainly the most traveled. It made history in December 2010 when it became the first commercial spacecraft to reach orbit. It carried a large wheel of cheese into orbit during it’s 50,000 mile journey. 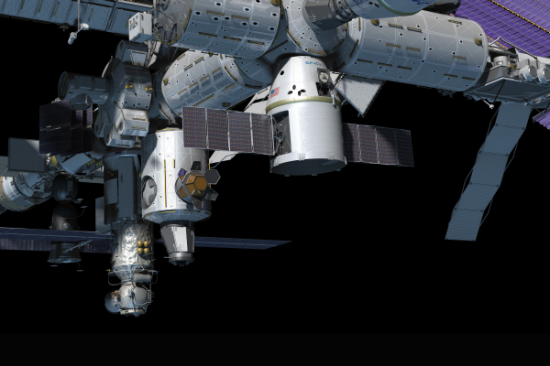 The fourth Dragon capsule is currently being prepped for launch in November. During this mission, SpaceX is planning to dock the spaceship with the ISS making it the first commercial craft to do so. This will also complete two objectives of the Commercial Orbital Transportation Services demonstration program by meeting with the station, testing the craft’s ability to communicate with the ISS, and finally docking with it. The planned end for the mission will be a splashdown and recovery in the Pacific ocean, carrying cargo from the ISS back to Earth. 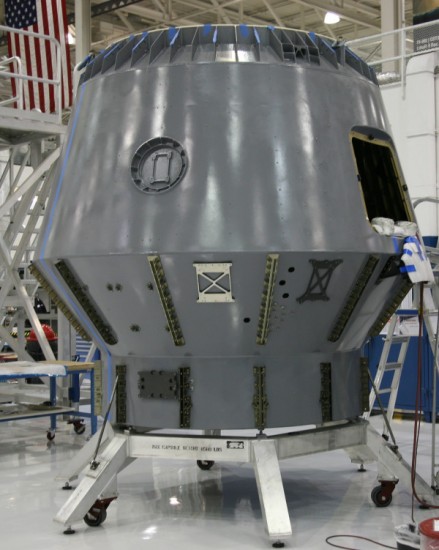 The fifth capsule is currently under construction at the SpaceX headquarters in California. The capsule is slated to perform the first of 12 resupply missions to the International Space Station under the company’s Commercial Resupply Service contract with NASA. The completed pressure hull, pictured here, will soon look as shiny as its brothers. 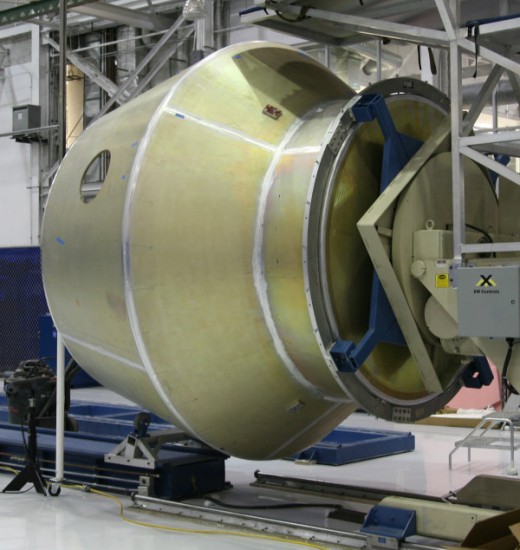 Shown here in the process of “circumferential welding,” the sixth Dragon capsule gives hints of SpaceX’s production capacity. In 2010, SpaceX could produce one capsule every three months. They’re hoping to increase production to one every six to eight weeks, depending upon demand. 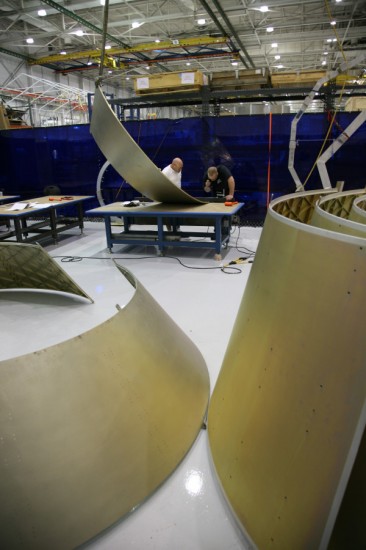 Consisting of formed metal sheets, the seventh Dragon capsule currently sits in pieces at SpaceX HQ. These sheets will eventually be formed into the pieces for the third Commercial Resupply Service mission. 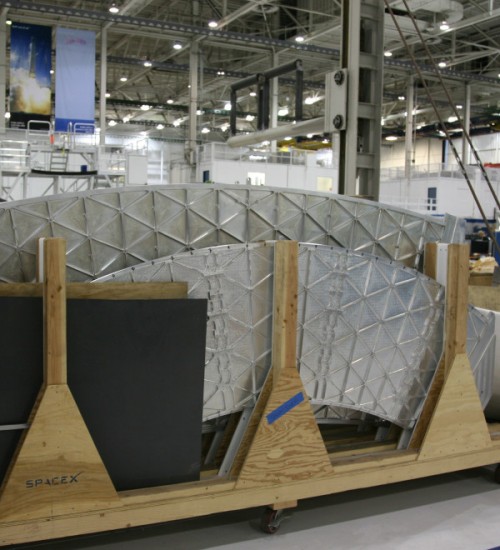 The eighth Dragon sits in pieces, waiting to be born. These panels will eventually be formed into the pressure hull of the spacecraft.