My First Trip To Emerald City Comicon Or, That Time Khal Drogo Recognized Me 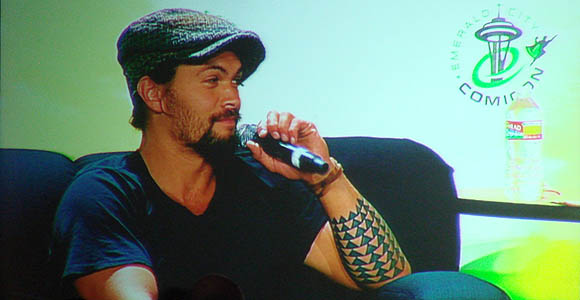 I was lucky enough to attend several comic conventions in 2011, the last being New York Comic Con back in October, which meant I was going through convention withdrawal. Big time. For various reasons I had to scale back on the trips this year so I decided my first convention of 2012 would have to be one I never attended. I decided to make the trip to Seattle, Washington for the 10th annual Emerald City Comicon. And now I’m here to tell you all about it.

Seattle was a beautiful city. I didn’t get to see a lot of it but what I did see, I enjoyed. My only complaint was the weather, which I expected, but even that wasn’t enough to dampen the mood. It was my first con of the year!! 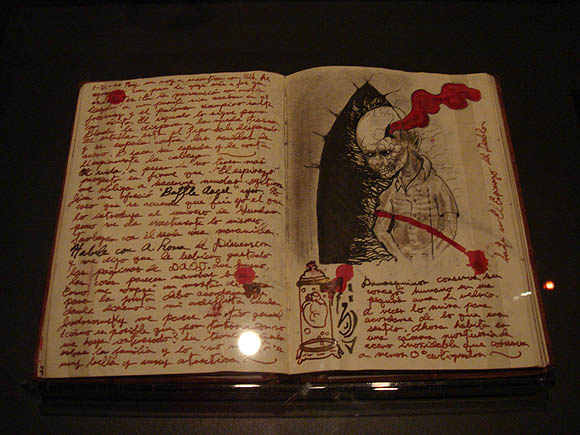 One of my first Seattle experiences wasn’t at the convention but at the EMP Museum a few days earlier. The Experience Music Project and Science Fiction Museum, as it was previously known, was recommended by more than a few friends. Unfortunately they had recently taken down their Star Wars/Star Trek/Battlestar Galactica exhibits. Besides their musical sections (which were enjoyable), the museum now has an Avatar exhibit as well as a special section on horror films and that’s where the above photo is from. That, my dear readers, is Guillermo Del Toro’s notebook/sketchbook. *drools* 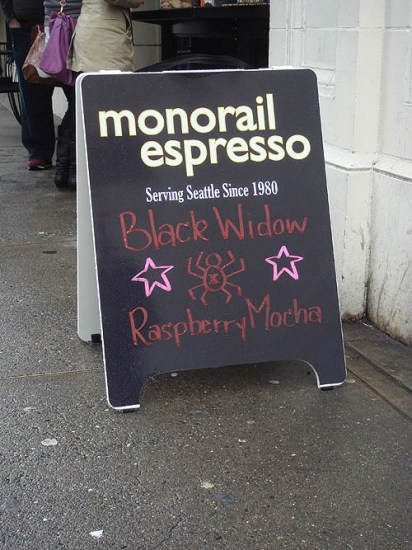 One thing that makes me happy about conventions is when the surrounding area gets in the spirit of things. Seattle may not go as far as San Diego does for Comic-Con International but there were a few local businesses who geeked out for us. I suppose this as good a time as any to tell my Khal Drogo/Jason Momoa story. I knew the Game of Thrones actor was going to be at the convention but I hadn’t gotten around to trying to set up an interview with him. His panel conflicted with the DC Comics panel I was planning on attending but when the line for that one looked too long I decided, what the heck, I’ll go see Drogo talk for an hour just because I’m a fan. I say that because I’m almost always “working” conventions and don’t often get to experience the usual fan view of the con.

Momoa had interesting stories to tell about his casting on the HBO series as well as his past work on Stargate Atlantis and the recent Conan film but when it came time for his question and answer segment, I admit, I reverted to fanboy mode. I did something I would never recommend, I planned on getting on line to ask for a hug. And then two women in front of me asked first. So I frantically thought of something else to say which was to tell the actor about my Daenerys cosplay from SDCC 2011. And he already knew about it and told me he loved it. And then I died.

These amazing/random experiences are one of the best parts of conventions in my opinion. Someone has uploaded the entire panel on YouTube, I’ve cued it up to my part so you can hear me embarrass myself but it’s a good watch if you’re a fan of Momoa’s. 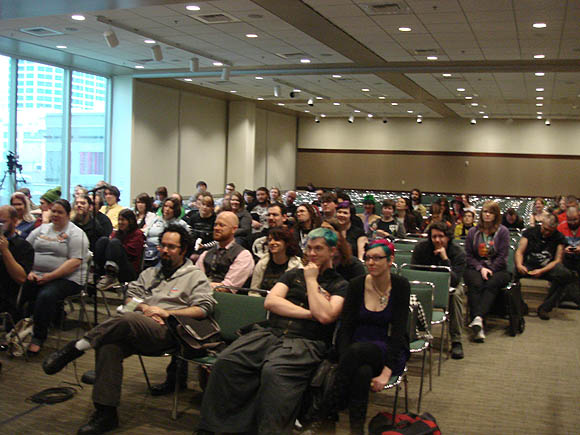 I was fortunate enough to be on two panels myself at ECCC. The first (audience pictured above) was the Womanthology panel. Along with Bonnie Burton, Cat Staggs, Joamette Gil, and Alexis Hernandez, I discussed my involvement in the IDW anthology. It was a great panel with a lot of good questions from the audience. One of the highlights? Mentioning I write for The Mary Sue and hearing audible recognition from the audience.

The other panel was called “I’m So Much Cooler Online: Maintaining Your Digital Profile.” Thom Zahler of Love and Capes (Hey, we interviewed him not too long ago!) asked me to speak along with Ben Thompson from Badass of the Week about how to conduct yourself online and how to spread your reach. I think I may have talked about tweeting pictures of my cat all the time. I can’t be sure, it was the last day of a very long weekend. 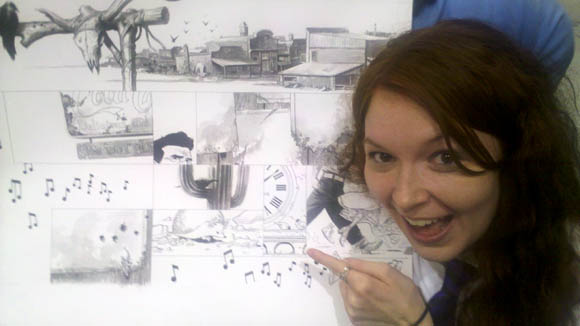 From what I noticed, ECCC is very much an artists’ show. The main show floor is not too large but the majority of it seemed to be taken up by artists. And that’s great, because that’s one of the main reasons I go to conventions, to meet the artists I love! One of the highlights was getting to meet Ramón Pérez, the artist of Archaia’s Jim Henson’s Tale of Sand. Not only did I meet him but I got him to draw in my sketchbook and I got to see the original art from Tale of Sand (and like a nerd, point at my favorite panel).

I got to catch up with a lot of creators I knew but also meet several for the first time. If there’s one downfall to conventions is that there’s always too much to do. That’s not necessarily a bad thing but it is when things you love conflict and you’re stuck choosing between two, three or more things you want to see. 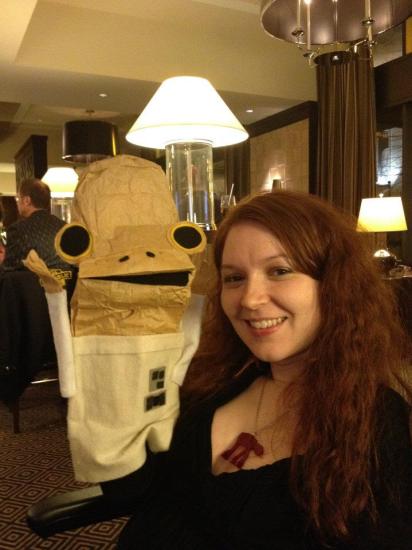 And then of course you have the nightlife at conventions. ECCC wisely had some fantastic after-hours events for fans but you can also have fun just hanging out with like minds at local establishments. There was a live art show run by journalist/photographer Molly McIsaac one night and a geek concert another, Kracklefest: A Night of Nerd Rock, featuring Kirby Krackle, Marian Call and others. But I think my favorite after-hours moment was getting to play with Burton’s Admiral Sackbar, one of her famous Star Wars crafts. I may or may not have given him a 1930s gangster voice.

Overall, ECCC was an enjoyable show (except for the part where I left some art in the lobby of the con by mistake and someone lifted it). I would certainly recommend this show to someone who’s never been to a con before since it still has a manageable size. But don’t expect it to stay that way for long, ECCC is rapidly growing in popularity. Did you attend ECCC this year or in the past? What were your thoughts on the show?

Don’t forget to check out the cosplay from ECCC we posted earlier this week!