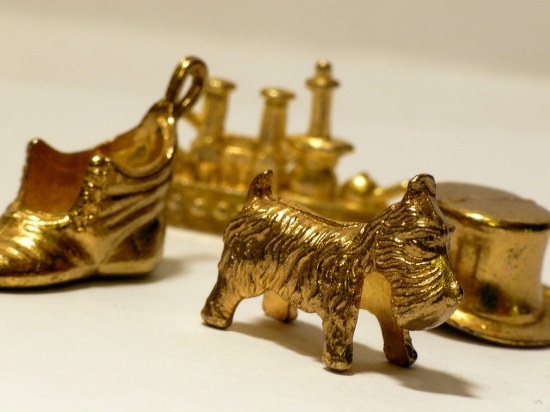 One of the most iconic things about the board game Monopoly is the pieces. Some people (me) even refuse to play if their favorite piece (top hat) is taken by another player, but there’s about to be a shakeup in the roster. Hasbro is holding a vote for a new piece, but they’re also dumping the existing piece that gets the least support from fans. Things aren’t looking good for you, wheelbarrow, but the real tragedy of this story is that the pieces Hasbro is offering up as replacements are lame, so we’ve come up with some better suggestions.

Bookmakers at Paddy Power have the wheelbarrow with 4-5 odds to be the piece that gets ousted, and probably with good reason. Not a lot of people want to be represented by a wheelbarrow, unless maybe they work in construction or another wheelbarrow-related field, but, even then, wouldn’t they want to take a break from all that wheelbarrowing when they sit down to play a game?

The pieces being offered up as candidates to replace whichever piece gets voted out of the game are a toy robot, a diamond ring, a helicopter, a guitar, and a cat. The cat is a 13-8 odds-on favorite to win, but it’s not even Nyan Cat, or that grumpy cat. It’s just a regular old cat. Boring.

You can do better, Hasbro. Here are some suggestions for pieces that would be far more interesting that your silly little helicopter.

One last suggestion– switch out the toy robot for a real one.

If you’d like to vote on which Monopoly pieces stay and go you can head over the official voting page on Facebook.

(via The Guardian, image via izzie_whizzie)