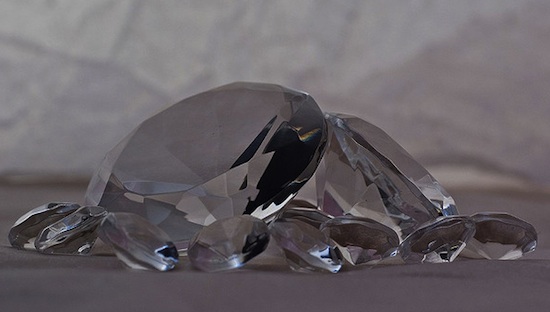 Russia has revealed a secret it has been sitting on since before the Cold War ended. No, it’s not an army of cybernetic supermen driven by hatred of capitalism and rapidly degrading plutonium power cores, though that would be kind of awesome. Also kind of awesome, though, is the country is sitting on one of the largest diamond fields ever discovered, a 62-mile-wide cache of the stones situated beneath the Siberian crater known as the Popigai Astroblem and containing an estimated 1 trillion carats worth of diamonds.

The diamond field has been known to officials in Russia since the 1970s, when it was discovered. However, Russia had diamond mines functioning rather well in the highly controlled diamond market at that time, so leaders decided to keep quiet about the massive cache. Until now, that is. It’s unclear why Russia decided now was the time to announce — and presumably begin exploiting — the cache of diamonds with an announcement from the Novosibirsk Institute of Geology and Mineralogy.

Not only are the diamonds of the Popigai Astroblem abundant, they’re also particularly hard, making them especially useful in industrial applications. Don’t worry, though, they will also still be good for being the only thing you can ever buy a person that could prove you really love them.

If all of this is accurate, it could turn the market for diamonds on its head, meaning cheaper gems for industrial use while also offering Russia a near-monopoly on the market for the stones. We’d like to see some independent third parties get a look at the site before we start making investments in Russian diamond futures, though.