There’s Science Behind Why We Lose at Games 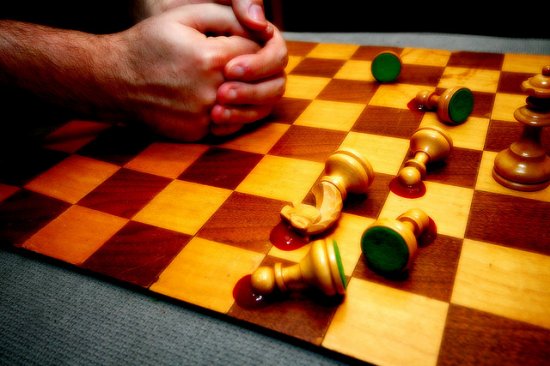 Game theory is one common way people analyze decision making, but one facet of game theory is based on the idea that the decision is being made by someone with perfect knowledge of what they’re doing. That’s not always the case. Sometimes people act irrationally or even randomly, and a pair of professors think they know why. They studied game play and decided that some games are too complex to be fully understood, and that affects the decision making of the players.

If you’ve ever played poker with anyone who thinks they’re very good at poker, you’ve probably heard that person say they lost a hand because their opponent didn’t make the move they were supposed to. That’s because your friend who thinks they’re great at poker is assuming everyone is thinking like they are. This is known as the equilibrium point, and Dr. Tobias Galla of the University of Manchester and Professor Doyne Farmer from Oxford University say it’s not always the best thought process for decision making.

This could have implications in the financial world as well. Many analysts study the stock market and make predictions based on the equilibrium theory. They assume the traders know what they’re doing and are making the best possible moves and trades. Dr. Galla says:

With trading on the stock market, for example, you can have thousands of different stock to choose from, and people do not always behave rationally in these situations or they do not have sufficient information to act rationally. This can have a profound effect on how the markets react.

The pair have so far only studied two-player games like chess, but hope to expand to multiplayer games as well. We’d love to see what conclusions they could make from studying World of Warcraft. Probably that most stock traders are actually total n00bs.

(via Phys.org, image via dave-apple)