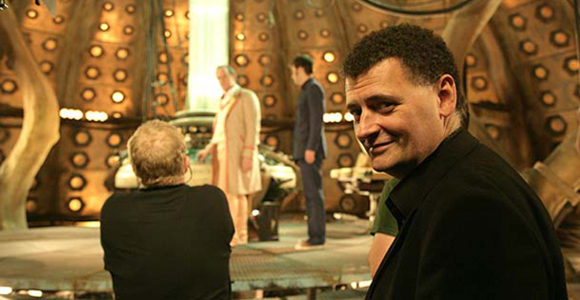 Doctor Who show runner Steven Moffat has come under fire for what some see as sexist tendencies and sadly, his latest comments aren’t going to help his cause. But hey, he did also give some interesting information about the new direction he’d be taking Doctor Who in Season 7 and that part at least will make people happy.

“The big thing is, nothing in the next run is starting out as a two-parter,” he told Doctor Who Magazine. “At this stage, everything is a single episode, and the only reason anything will become a two-parter is if we think it needs to be; not so much that the story is too long for 45 minutes, because nothing is too long for 45 minutes, but if it feels as though there are two distinct stages to the story…”

He and others assumed two-parters helped them budget wise but after taking a good look, “They don’t save us money at all. Not a penny. So what’s the point in them? The viewing figures always go down. The AI [Audience Appreciation Index] goes down, even if the second episode is the better one. The press coverage goes down.”

“Everyone is expecting us to do another year like 2011,” he said. “You’re not going to get that at all. You’re going to get the biggest, maddest set of episodes ever.” In order to do that, he said he asked himself what they hadn’t done yet. “And questioning our own assumptions, like that hardwired assumption, absolutely in my brain, that two-parters are essential. They’re not. This year, we used a lot of cliffhangers and mysteries to pull people through, but then I remember the moment, at the end of A Good Man Goes to War, when we put up the title Let’s Kill Hitler. That was so exciting. I’m thinking, ‘Can we do that every week?’ You can sod off with poetic understatement.”

As of right now, Moffat is writing five episodes of Season 7 but said plans are fluid. “We’re making more episodes than ever before, we’ve got other things planned for the big year [2013, the show’s 50th anniversary]…”