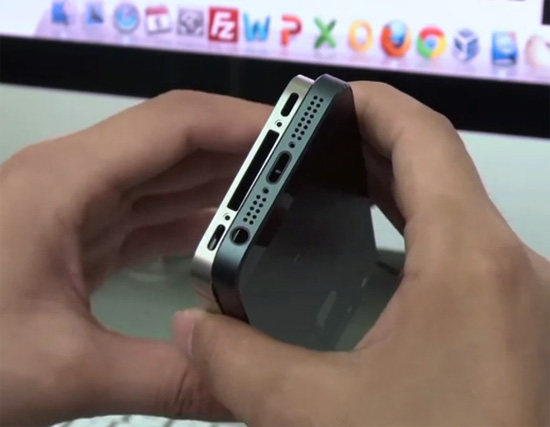 Rumors about the iPhone 5 have been swirling for over a year now. Though the iPhone 4S temporarily kiboshed dreams of a radically redesigned phone, strange new images are continuing to leak out. While most have focused on screen size, one aspect which might see a change is the faithful 30-pin connector that has been the standard on Apple mobile devices since the early days of the iPod.

Now, TechCrunch reports that they have independently confirmed with three Apple vendors that the 30-pin connector is out. Instead, a much smaller 19-pin port will take its place. This would seem to lend credence to the image above, taken from this video, which shows a completely new enclosure for some kind of Apple device.

Introducing a radically redesigned product isn’t necessarily out of the question for Apple. At WWDC 2012, Apple unveiled a completely new MacBook Pro with a bold new design and a Retina display. It’s hardly a stretch of the imagination for Apple to do the same with the iPhone line, introducing a high-end model with a larger screen and perhaps the aforementioned connector.

However, ever since rumor surfaced that Steve Jobs’ last act was to axe the iPhone 5, I’ve wondered if a lot of these crazy iPhone 5 rumors were based off that rejected design. Maybe some of these cases and unfinished frames are the remnants of that project.

Apple rumors, by their nature, are rabbit holes of speculation. We’re just going to have to wait and see what the giant brains at Cupertino decide to do.

Rumored to be relevant to your interests