Rumor: Apple to Kill Off Its Homegrown Social Network Ping in Next iTunes Version 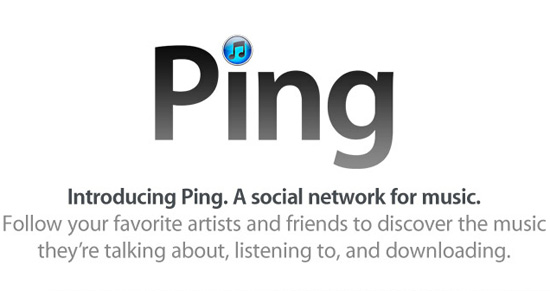 Hey guys, remember Ping? The social network Apple baked right into iTunes and debuted in 2010? Well, now it seems that Apple has grown weary of investing its energies into something that has failed to resonate with the general public. Word on the street is that Ping’s days are numbered.

John Paczkowski at All Things D wrote yesterday that he’s got the inside scoop on the future of Ping. If you’re a power Pinger, then you may want to sit down. He writes:

Sources close to the company say that Ping, which still exists today in iTunes 10.6.3 and the iOS 6 beta — where it doesn’t work, will be gone with the software’s next major release, likely scheduled for this fall. And at that point Apple’s social networking offerings will shift to Twitter and new partner Facebook entirely.

This isn’t entirely surprising. During the WWDC 2012 Apple keynote speech, the company revealed that a forthcoming refresh to the iTunes store would bring Facebook and Twitter integration. You’ll soon be able to favorite, like, and Tweet albums, tracks, and apps in Facebook.

Arguably, this was the whole point of Ping in the first place: To encourage people to advertise music to each other. From Apple’s standpoint, this would be value added that the company could use in its often contentious relationship with music labels. The argument, one imagines, is that Apple would not only provide the means for distribution of music and handle the payments, but also plug your music into a social environment where it could “go viral,” so to speak.

Part of the problem with Ping was that most people already had social networks — like Facebook and Twitter — making Ping sort of a weird, purpose built platform. But back in 2010, Apple intended Ping to talk with Facebook. Indeed, Facebook integration was demoed on stage by Steve Jobs when Ping was announced with iTunes 10. However, because Ping would generate more than 100 million queries through the Facebook API, Apple was supposed to negotiate a deal with the social networking juggernaut. When those negotiations broke down, Apple launched Ping anyway. Facebook responded by blocking iTunes on their API, and Ping was cut off.

In hindsight, it seems likely that Ping was never really meant to be a social network. Rather, it may have been intended to serve as an Apple-made bridge to Facebook — all the benefits of social integration without actually putting Facebook inside iTunes. After all, this is the house that Steve built.

However, this may not truly be the end of Ping. Daring Fireball’s John Gruber points out that though Ping is not available in the iOS 6 Beta, his impression was that Ping’s future was still in question. That may be the case, but given Facebook and Twitter’s arrival inside the Mac and iOS ecosystem, one wonders why Apple would even bother maintaining it. No one else has.

(All Things D via Techmeme, Wikipedia)