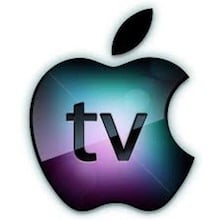 For years, Apple fans have whispered rumors of a successor to the Apple TV; a television set built with Apple’s eye for quality design and fully connected to iTunes and other sources of streaming media content. Now, a report from China Daily seems to indicate that Apple’s go-to manufacturer, Foxconn, is preparing to build just such a device. Unless, of course, this is all just a big misunderstanding.

The report from China Daily came as a tail end set of paragraphs following up a story about how Foxconn is hoping to expand its distribution operation. They quote Foxconn chairman Terry Gou as saying that Foxconn will build the device, and that it will be called the iTV. From China Daily:

Gou said Foxconn is making preparations for iTV, Apple Inc’s rumored upcoming high-definition television, although development or manufacturing has yet to begin.

Foxconn’s recent 50-50 joint venture factory with Sharp in Japan is one of the preparations made for the new device, Gou added.

In the past few weeks, we’ve heard rumblings that Apple was in talks with media suppliers, perhaps in an effort to secure streaming content for a forthcoming device. Additionally, it was just four days ago that Cult of Mac ran these mockups based off descriptions from an unnamed source. That source said that the design would be similar to the existing Apple displays and would feature Siri integration. This is what they think the “iTV” will look like. 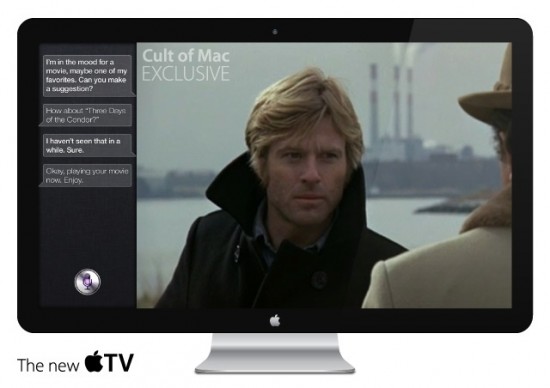 And then, of course, there’s Steve Jobs himself, whose posthumous biography claims that he “cracked the code” on bringing digital media to the living room.

While this might seem like an open-and-shut admission by Apple’s manufacturer, let’s break it down a bit. First off, Gou did not actually say that the “iTV” would have Siri features — those are features that it is “reported” to have. Also, the fact that Gou is not directly quoted in this portion of the article is somewhat suspicious, and if nothing else should cast doubt on the use of “iTV” as the official name. In fact, China Daily has been using “iTV” to describe the rumored product since as far back as this January.

Moreover, it seems extremely odd that the admission of a new device — let alone such a highly anticipated one — was given so little fanfare. China Daily does not appear to have chased down the story much further, and actually posted the “announcement” of the iTV in an equally brisk article yesterday. This is stranger still when you consider that China Daily has written about the rumored device extensively, and its economic implications would be well within the purview of the publication.

Personally, I don’t think this story passes my sniff test. Perhaps Gou was talking about work on the existing Apple TV and mentioned it in the context of their work with Sharp, and the journalist did the rest. Perhaps Gou was hypothesizing himself, saying that his company would be prepared should Apple order such a device.

Perhaps I am just an Apple fanboy too used to these Apple rumors being nothing but hot air and I am just not ready to let my heart be broken again.

Looks like we hit the nail on the head, as The Next Web is reporting that they have been contacted by Foxconn who flatly deny the entire incident. From their report:

In a written statement to The Next Web, Foxconn said that Gou had “neither [confirmed] nor [speculated] about Foxconn’s involvement in the production of any product,” adding that it is company policy “not to comment on any customers or their products.”

As Forbes points out in their coverage, the real evidence against the rumor was that it existed at all. From Forbes:

What none of these reporters mentioned (or apparently bothered to consider) is that Gou — whose factories assemble 40% of the world’s electronic devices — is one of the industry’s most secretive executives. He is privy to the future product plans of the most valuable electronics brands — not just Apple, but also Sony (SNE), Microsoft (MSFT), Hewlett-Packard (HPQ) and the rest. He is trusted by his business partners because he never leaks their secrets.

While the true meaning of the report is still unknown. However, it seems likely that Gou simply meant that were Foxconn to be called upon to make such a product, it would be ready. Again, from TNW:

This appears to be the case, with Foxconn confirming that it “is always prepared to meet the manufacturing needs of customers should they determine that they wish to work with Foxconn in the production of any of their products.”

For me, I’ll just continue to not trust any Apple news unless it comes directly from the mothership.