Mindy Kaling's Pilot Picked Up For Series | The Mary Sue 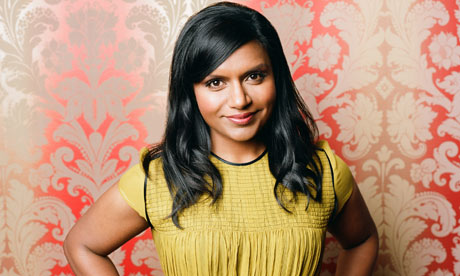 First, we have great news concerning Mindy Kaling‘s pilot that she filmed for Fox — it was picked up for series, and that series also has a title: The Mindy Project! (Exclamation point ours.) The announcement came during this week’s TV upfronts, and the newly-minted sitcom showrunner kept a diary at Vulture for the duration. Her journey began in Boston at her childhood home and ends in New York, but not before a layover in the Land of Tears of Joy.

You always wonder where people are when they get amazing news, and the answer is usually pretty mundane. But in Kaling’s case, it was only slightly mundane, if you consider air travel to be pedestrian in nature. While getting ready to board her flight from Boston to New York at Logan Airport, Kaling got the call she’d been waiting for. Her entry from May 9:

7:15 p.m.
At Logan Aiport, and as my flight is boarding, [Fox’s] Kevin Reilly calls. It is good news. I immediately burst into tears. The people at the terminal counter think my boyfriend has just broken up with me over the phone, but I don’t care. I love Kevin so much.

7:20 p.m.
Call my Dad. I start crying again. The airline people at the gate now think I am going through something super awful. The plane really needs me to board now.

So, yeah — a life-changing moment, brought to you by Crying In Public!

You’re probably wondering what Kaling did while waiting for the news, and if you’re thinking, “I’ll bet she saw The Avengers, because it opened just days before all this happened,” then you are correct: Here is her entry from May 8:

11:12 a.m.
Rainn Wilson texts me: “I have news about your pilot!” I text back immediately, “What?!” But it was just a mean joke to get my attention. I hate that guy.

4:15 p.m.
Saw a matinee of Avengers. Perfect distraction. Now don’t care if I have a show on TV or even the outcome of the 2012 election. Just want to watch Chris Evans–as–Captain America punch a punching bag, frustrated by what America has become in the 60 years he was frozen.

There is nothing in this world that can make us blame her. At all.

We’re incredibly happy for Kaling and even more excited about The Mindy Project, though now it means that Kelly Kapoor will be giving her two weeks notice from The Office on NBC. No news yet on how that will come to pass, but we may not even know until the fall season begins. So, we’re going to watch The Avengers to distract ourselves all summer until we find out Kelly’s fate. Who’s with us?