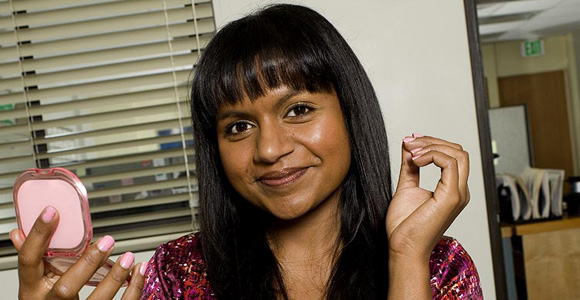 The Office and Parks & Recreation executive producer Greg Daniels is teaming up with top talent from his two shows to bring two new animated comedy to NBC. The Office alumn Mindy Kaling is one of them and you’ll never guess the premise.

The Office co-executive producer/co-star Kaling will be writing and executive producing for the new project which, get this, revolves around a girls high-school volleyball team. She’ll also be voicing one of the eventual characters.

I don’t know about you but this has “win” written all over it for me.

The other animated show is being put together by Parks & Recreation producer Alan Yang and according to Deadline, “is about a group of 20something guys sharing a house in Los Angeles’ upscale community of Hancock Park.”

“One of our focuses will be to return Greg [Daniels] to primetime animation, for which he had particular success with King of the Hill when he and I worked together at FBC,” NBC Entertainment chairman Bob Greenblatt said in announcing the deal.

Kaling, who recently published her first book Is Everyone Hanging Out Without Me? (and Other Concerns), is a great writer and fantastic comedic actress. I can’t wait to see how this turns out.