Mindy Kaling Is Shooting a Pilot for Fox, Will Leave The Office If It’s Picked Up 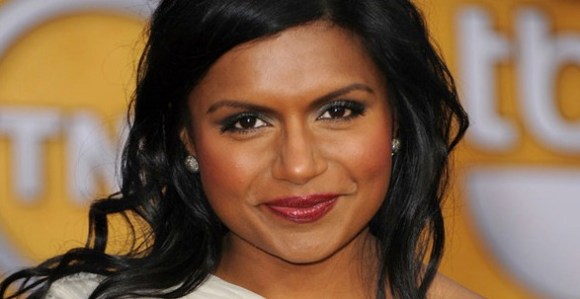 NBC may be losing one of its brightest comedy stars — and it looks like it’s their own darn fault, too! Mindy Kaling, author and star of The Office, has been shopping around a script for a sitcom pilot about a “Bridget Jones-type doctor.” And NBC wasn’t interested. (Really? Um, okay then!) However, Fox thought it would be a good idea to hop on the Kaling train — probably sensing the success of other comedies featuring quirky female characters, like The New Girl with Zooey Deschanel — and picked up the pilot. Should it go to series, NBC will have to wave goodbye to Kelly Kapoor. Their loss!

This is, of course, still in the very early stages. Kaling, who published her first book last year (Is Everyone Hanging Out Without Me?), is set to write, star, and executive produce the show along with Howard Klein (Parks and Recreation). The show, which doesn’t have a title yet, would focus on Kaling’s doctor character, an OB/GYN, balances her work and personal life. It is sure to feature tons and tons of awesome jokes about how the female anatomy, how men don’t understand it, how even women don’t understand it, and then hilarity ensues!

The news comes just a few days after the announcement that another Office alum, Rainn Wilson, might be getting his own Dwight Schrute spinoff. And maybe you heard that Steve Carell, who was the star of the same show, left last spring to pursue his movie career. As wonderful as Ed Helms is as Carell’s replacement (and as a human being in general), is it time to start a Death Watch for The Office?

But the good news is that we might have an awesome female-driven sitcom, created by a woman, written by one, starring one … and that woman is Mindy Kaling. There is literally nothing that isn’t great about this.

(The Hollywood Reporter via The Daily What via Splitsider)