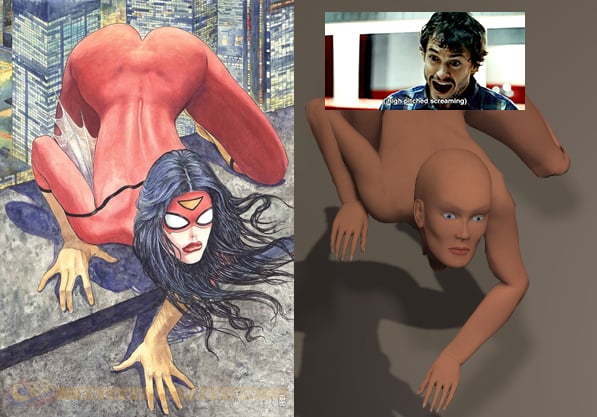 We already heard from three gymnasts who tested whether Milo Manara’s Spider-Woman cover is anatomically possible, and now Redditor dinoignacio is getting involved with a 3D rendering that shows what wall-scaling, butt-popping Spidey would look like form the side. It’s… not pretty. You’ve been warned. Full image (complete with 3D rendered butts ‘n’ boobs) is behind the jump. 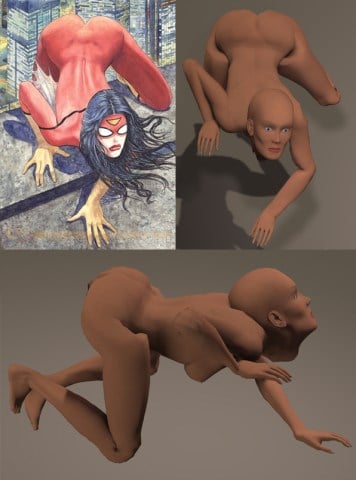 Additionally, Matthew Inman of The Oatmeal decided to create and artistic homage to Manara’s cover and draw Spider-Man the same way: 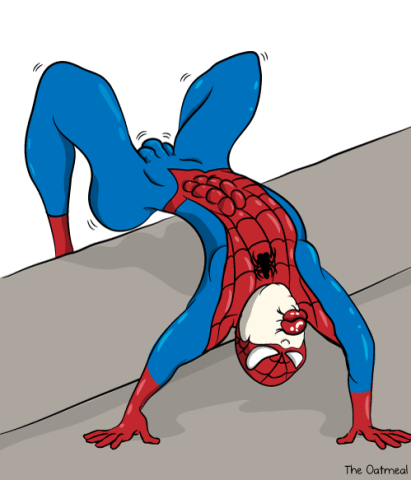 All the nope in the world.

(thanks to FB tipster Emma)