"This is censorship!" yelled someone in the back row. 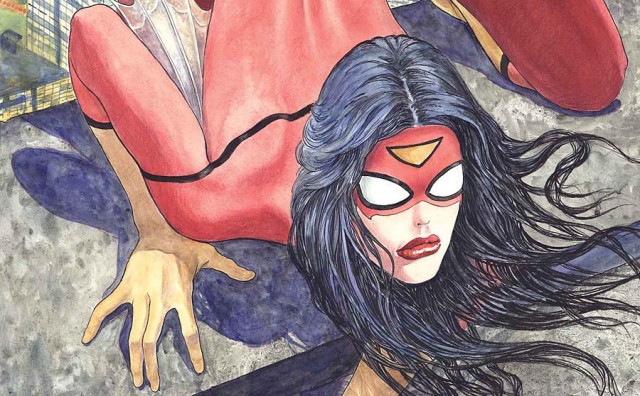 According to PREVIEWSworld, Marvel Comics have removed two Milo Manara variant covers from their upcoming titles. You may remember Manara from Spider-Butt-Gate…

Marvel’s Editor-in-Chief, Axel Alonso, later apologized for the choice, saying it absolutely did not send the message they wanted to send, nor did it “reflect the sensibility or tone of the series,” but that they definitely wouldn’t have sold it as the main cover. That raised a few eyebrows, but this new revelation comes as a bit of a surprise to this writer. PREVIEWSworld posted these two bits of info in a larger piece on changes to previously solicited items:

Was the thought that these other variants might be equally offensive in their specific content, or did Marvel feel it was better to simply cancel them regardless of how they looked? As we’ve previously stated, our issue was not the artist himself, but Marvel’s choice to hire him for this particular job; and then, their choice to say yes to the cover he turned in. The Thor title at least is another book with which Marvel is specifically targeting women, having announced Thor would be a woman on The View.