We can't imagine what those mixed messages might have been. 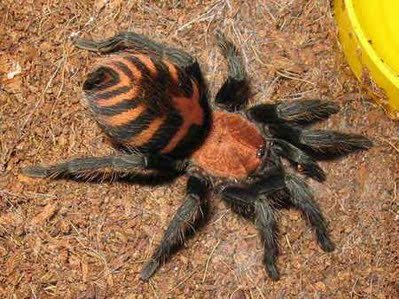 So, you might have heard that Marvel is releasing Spider-Women #1 in November. You may also have heard that the first issue will have a variant cover by Milo Manara which is, to say the absolute very least about it, precariously bootylicious. We (and many other people) were pretty upset about it – and Marvel is finally speaking out.

Comic Book Resources runs a weekly interview feature with Marvel’s Editor-in-Chief, Axel Alonso, and you can bet they asked him about the Spider-Woman variant almost immediately. His response was… interesting. Take a look for yourself.

While opinions on the actual piece vary, we realize that the message this cover sent was not the one we meant to send. And we understand — and respect — the concerns of those who expressed a negative reaction to the cover, I want that to be clear.

We always listen to fans’ concerns so we can do better by them. We want everyone — the widest breadth of fans — to feel welcome to read “Spider-Woman.” We apologize — I apologize — for the mixed messaging that this variant caused.

And here’s the not-so-good:

And that’s what this cover is. It’s a limited edition variant that is aimed at collectors. While we would not have published this as the main cover to the book, we were comfortable publishing this as a variant that represented one artist’s vision of the character — a world-renowned artist whose oeuvre is well-known to us, and to collectors. It is not the official cover for the issue. It is a collector’s item that is set aside or special ordered by completists — and it doesn’t reflect the sensibility or tone of the series any more than the Skottie Young variant or Rocket and Groot “Spider-Woman” variants.

Alonso also added that Marvel will continue to commission variant covers from Manara in the future – though the company is “aware of the growing sensitivity to covers like this,” and “will be extra-vigilant in policing their content and how we use them in our marketing.”

CBR didn’t specifically ask but the Alonso went on to say that, while Marvel is “far from perfect,” they’re certainly trying. He cites statistics like the fact that Marvel’s 30% female editorial team is an “industry high” (yay?), and that 20% of their comics currently star women (better than 10%?). He also says that, variant cover aside, the actual content of the ongoing Spider-Woman series will feature “the adventures of two women that have complete agency over their lives, and that are defined by what they do, and not how they look.”

It’s sort of an awkward balance Alonso is striking, here; on the one hand, he’s apologizing for the “mixed messaging” of the cover, wants everyone to feel included, and respects our concerns. But not enough to, you know, actually do anything about it. It’s difficult because Alsonso is clearly trying to walk both sides of the line; appeasing Manara and his fans, while also saying Marvel wants more women reading, and working in, comics.

Alonso did add that soon Marvel will be announcing some new series and creators he’s “very excited about.” Hopefully we’ll be seeing an increase in those percentages of ladies working on these comics – which could lead to less problematic covers like Manara’s.

(via CBR, photo via Stephan Begin)