“Got Milk?” Slogan Changed To “Milk Life,” Tupac Rolls Over In His Grave 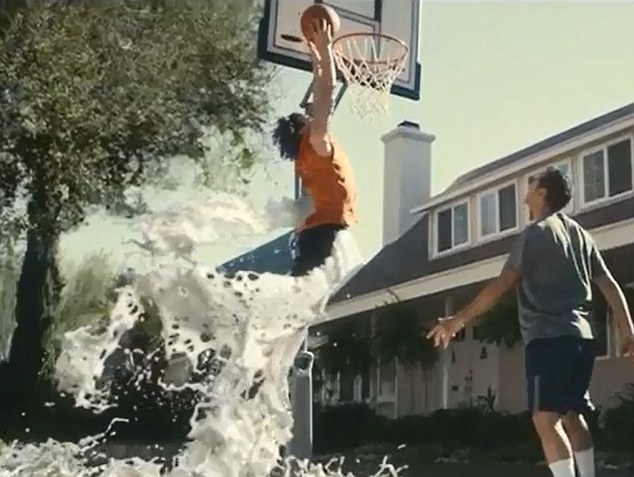 Got nostalgia? After 11 years, the Milk Processor Education Program is ditching its iconic “Got Milk?” catchphrase in an effort to combat a growing interest in non-dairy alternatives. Yesterday the new campaign began celebrating the protein provided by milk with a slogan that no one will be tattooing on their knuckles: Milk Life.

National group MilkPEP is in charge of the all-out advertising campaign, using print, media and retail promotions to show all the rad stuff (breakdancing! shredding on your guitar!) that 8 grams of protein can help milk-drinkers do. Here’s the new campaign’s TV ad:

I think giant milk geysers shooting out of the backs of dairy drinkers might be the best argument for choosing almond milk ever.

Advertising Age points out that the shift in focus towards promoting the health benefits of milk is an indication of how the public’s perception of cow milk has changed. “Milk Life” is all about convincing consumers that milk is an essential part of their daily diet, whereas “Got Milk?” reminded consumers that the dairy staple could improve almost any situation, as seen here in the campaign’s original ad.

If you have a hilarious “Got Milk?” parody in the works and you’re worried it will no longer be relevant, never fear. MilkPEP CEO Julia Kadison promises her company “will continue to license the “Got Milk” phrase, but the organization is not 100% clear on what role it will play.”

Does that mean milk moostaches are still a thing? I hope so. I feel naked without one.

(via Jezebel and Advertising Age, image via Milk Life)