The Reason Why Neil deGrasse Tyson Has Apocalypse Milk 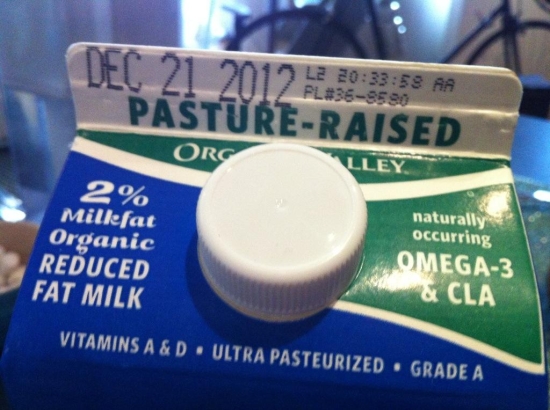 On Sunday morning, Neil deGrasse Tyson tweeted a picture of his milk carton which is set to expire on December 21, 2012. That’s the same date that the Mayan calendar supposedly predicts the end of the world, but it’s also over a month away. That’s some strange, and long-lasting, milk.

A few Twitter users called Tyson out on the extended life of the milk, but he credited that to the process of ultra-pasteurization. In a follow-up tweet, Tyson claimed that ultra-pasteurized milk lasts four to five times as long as the regular kind. Ultra-pasteurization is, of course, a process for making milk safer to drink developed by Louis Ultra-Pasteur, the famous ultra-French ultra-chemist.

My morning Milk’s expiration date. I wonder if it applies to the entire world or just to this carton. twitter.com/neiltyson/stat…

It would be crazy to think that one carton of milk confirms that the end is nigh, but if all the milk cartons start giving December 21, 2012 as their expiration date we might start to worry. We’ll continue to monitor the milk of famous astrophysicists for signs of the apocalypse just in case.