Milk Really Does A Body Good, Contains a Cancer-Killing Peptide

We couldn't find a picture of a cow punching cancer in the face, so this will have to do. 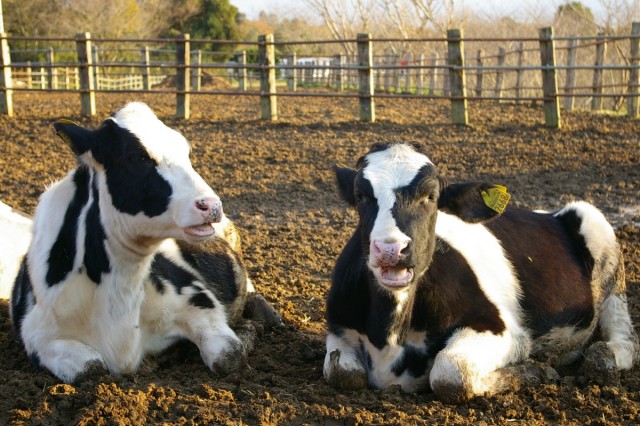 Looks like your mother and those moustache ads were right – milk really is good for you, but not just in the way they claimed. Researchers in Taiwan have discovered a peptide fragment derived from cow’s milk which really hates human stomach cancer cells; hates them so much, in fact, it just goes right ahead and kills them. Best use of milk ever.

First reported in the Journal of Dairy Science, which is totally a thing, this cancer-killing peptide is called lactoferricin B25 – or, if you’ve known it for a while, LFcinB25. The milk peptide was known to have antimicrobial properties, and when they faced it off against human Gastric Adenocarcinoma cells, it reduced the size and viability of the AGS cells within 24 hours, making LFcinB25 a possible future therapy for people with stomach cancer.

“Gastric cancer is one of the most common causes of cancer-related mortality worldwide, especially in Asian countries,” said Wei-Jung Chen, from National Ilan University. “In general, the main curative therapies for gastric cancer are surgery and chemotherapy, which are generally only successful if the cancer is diagnosed at an early stage. Novel treatment strategies to improve prognosis are urgently needed.”

We’re pretty sure that just straight drinking milk is not going to stop you from getting stomach cancer, but at this point, does it really hurt to try?

(via AlphaGalileo, image via Takashi Kiso)