Microsoft Posts E3 Countdown Clock, May or May Not Have to Do With New Xbox 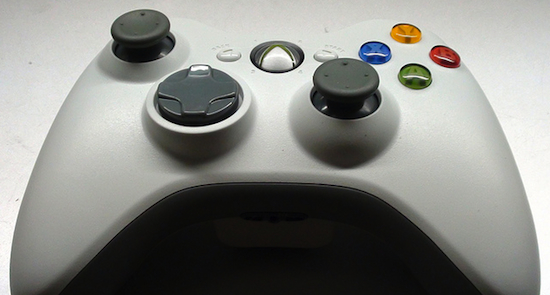 It seems like only yesterday when Microsoft’s Xbox 360 was hailed as the pinnacle of video game hardware and left us all waiting in long lines in front of the local Best Buy to bring home the future of gaming entertainment. Sadly, now in 2012, the old girl is starting to show some cracks and is known to make a make a mess in the house from time to time, which is all indicative of a brand new game system on the horizon. It’s a forgone conclusion that Microsoft is already hard at work cobbling together the successor to the Xbox 360, but the question really boils down to when this new system will be unveiled. According to an Electronic Entertainment Expo countdown clock that was posted on the blog of Microsoft’s Major Nelson yesterday, we may at last get our first glimpse of the next addition in the Xbox family later this year. With that, let the speculation commence!

Yesterday, in a sparse blog entry about this year’s upcoming E3 — kicking off from June 11-13 in Los Angeles — Major Nelson posted a link to the expo and this countdown clock with the words “And it’s on…” 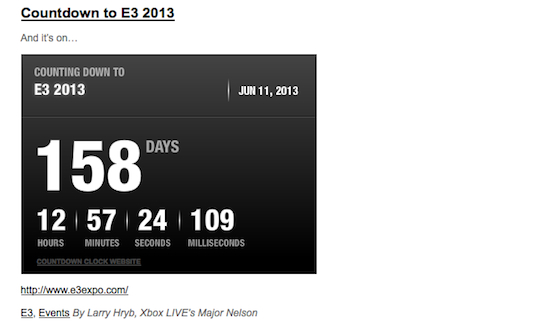 It’s easy to jump the gun and assume that Microsoft is planning something major, along the lines of a new game system reveal, for E3. After all, one doesn’t just put up a countdown clock with bold words for an expo that online media annually reports on. Secondly, there have been numerous reports of a rumored launch window for the new Xbox system in the past slated for fall 2013, which is coincidentally a few months after E3.

However, with a lack of concrete evidence to substantiate this speculation, anything at this point is merely wishful thinking. In fact, it might just simply be a countdown clock for the event and nothing more. So until June 11th rolls around, we’re going to have to sit tight and enjoy playing Assassin’s Creed 3 and Halo 4 till the latest in gaming industry news comes in on the warm summer winds.

(Major Nelson via The Next Web)