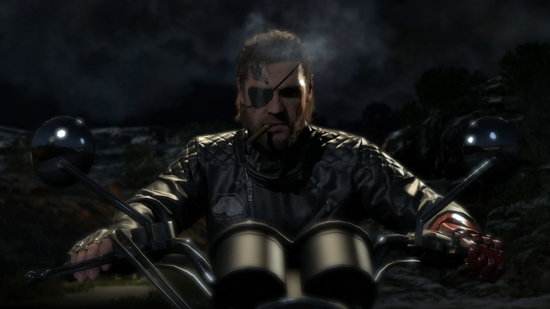 If you’re reading this, there’s a good chance that we don’t even have to explain exactly how strange the Metal Gear Solid franchise has been in the past. The latest and greatest, officially called Metal Gear Solid V: The Phantom Pain, is no exception. The marketing efforts for this installment, which have included originally announcing what appears to be the actual game under a fake studio led by a man with his face covered in bandages, have been particularly strange. Regardless, we now know a bit more about the game thanks to last night’s GDC reveal.

By “a bit more,” I mean we at least have a trailer now. Also, it’s in development for the PlayStation 3 and Xbox 360, but it wouldn’t be surprising to see a version crop up on Sony and Microsoft’s next platforms. They’re just around the corner, so it only makes sense.

There’s no good way to accurately describe the trailer, but here’s our succinct stab at it: There’s a fiery unicorn. Check it:

Stray thoughts: Kiefer Sutherland? Also, supposedly the voice of Snake in the previous installments, David Hayter, isn’t returning, but this may all just be another ploy. It’s hard to tell when Hideo Kojima‘s involved. There’s also still a whole lot of confusion as to how this is related to the Metal Gear Solid: Ground Zeroes, which was previously announced.

I guess we’ll all just have to wait for E3.