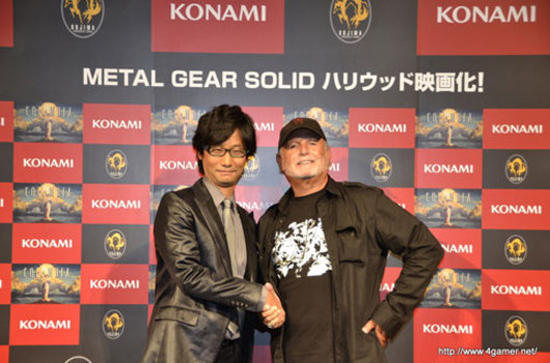 For years, fans of Metal Gear Solid have been comparing the video game’s iterations to film. Since Metal Gear Solid 2, however, they’ve certainly had some points. Now, after many years of boasting, they won’t have to compare the games to movies; it will simply be one in addition to being a game. The film was announced at a Metal Gear 25th anniversary event in Japan. Details are sparse, but feel free to get ridiculously excited.

Back in March, the main man behind the franchise, Hideo Kojima, hinted that some kind of film project was in the works. Between then and now, it looks like all those details may have been finalized. Columbia Pictures will be bringing the film to bear with the help of producer Avi Arad.

Arad, for those who don’t know, has had a fairly uneven track record as a producer for films. According to IMDB, this is the same man that produced Fantastic Four: Rise of the Silver Surfer, Daredevil, and Spider-Man 3. Sure, this can all be waved away as being outside his real control, given that he was only a producer on those flicks, but that also means that his name being attached to a Metal Gear Solid movie is considerably less impressive.

It’s unclear in what way Kojima will actually be involved with the project. One can only hope that his particular brand of storytelling will make the jump effectively, with or without the man himself.