What's that? Even more Spider-man movies without the annoying love triangle? Sold! 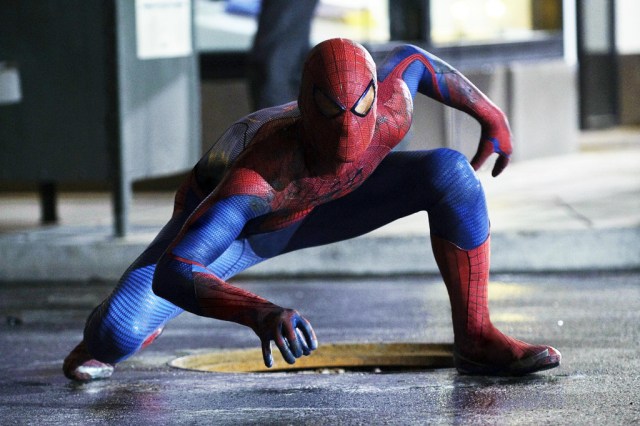 Despite the pacing and narrative problems of the first The Amazing Spider-Man, Sony’s set to make not just two but three more films for your friendly neighborhood web-slinger. They originally had a trilogy in mind but decided otherwise — and apparently this expansion that means that Mary Jane Watson’s being bumped from the second movie to the third. So what are they going to do with all those scenes Shailene Woodley has already shot? Who knows? Who cares? More Gwen Stacey, please!

This news doesn’t come as too much of a surprise, actually — between the addition of Harry Osborne, the awesomeness of Jamie Foxx’s Electro and Paul Giamatti’s Rhino, and what we’re all assuming is the inevitable death of Gwen, the story for Amazing Spider-Man 2 seemed kind of crowded as it was. In a brief statement to Deadline, Mark Webb (his unintentional pun of a name will never not be funny to me) said as much:

“I made a creative decision to streamline the story and focus on Peter and Gwen and their relationship. Shailene is an incredibly talented actress and while we only shot a few scenes with Mary Jane, we all love working with her.”

MJ was only expected to appear in the movie very briefly, but she did have scenes with Emma Stone as Gwen, so if she is getting washed down the proverbial water spout at the end of this film — which she might not be! —  that footage probably can’t be salvaged for the next movie. Which I guess is a shame, but given that there are also rumors that Felicity Jones has already been cast as Black Cat, I feel like easing up on the love triangle stuff might be kind of nice. It might not be canon, but at least it won’t feel so cluttered.

Shailene’s clearly not getting recast, however, so all of you folks that don’t think she’s hot enough or whatever can keep on griping about it. As a fellow fake-redhead, I’m going to support her in all her endeavors.

(via ComicBookMovie.com, image via marvelousRoland)