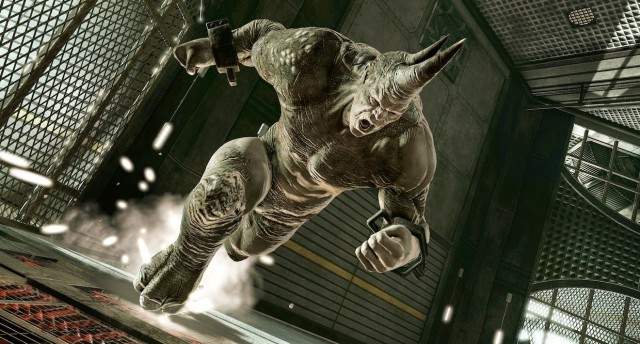 I don’t think it had really hit me yet that the person playing Aleksei Sytsevich, as in the Rhino, in Amazing Spider-Man 2 is Paul Giamatti. Like, I knew it was Giamatti, but I still couldn’t wrap my head around the idea of the guy from Lady in the Water is going to be playing a part known for its giant rhinoceros suit. But now that director Marc Webb went ahead and tweeted an image of Giamatti as Sytsevich…well, it’s honestly still hard to wrap my head around it.

On one hand, this still isn’t us seeing Giamatti in a giant rhino suit or anything, but even trying to extrapolate that from the image dropped by Webb is strange. See for yourself:

Maybe it’s just me, though? He certainly looks more like a villain than I expected with a shaved head and tattoos. I’m definitely willing to have my mind changed, of course, and I love what we’ve seen of Jamie Foxx as Electro. Odd combinations can sometimes produce fantastic results, but other times we get stuff like Topher Grace’s Venom. So, take from that what you will.

Also, the header image is from the video game released in 2012, but I kind of hope that’s what Giamatti actually looks like.