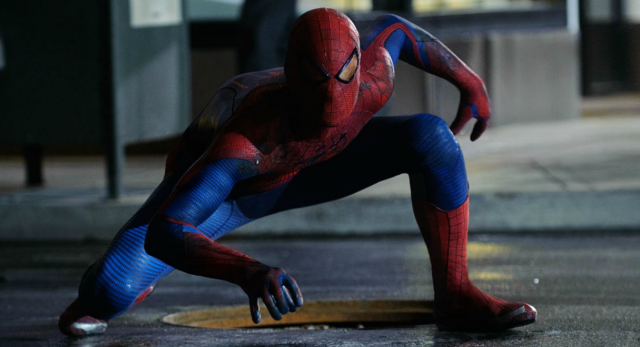 Most of what makes Spider-Man amazing is that he has superhuman powers, but his webs are pretty great too, and he made those things with science. Researchers at the University of Nebraska-Lincoln have developed a new type of nanofiber that is simultaneously spectacularly strong and amazingly tough. They’ve basically made Spider-Man’s webs. Now please make a wrist-mounted launcher.

The real applications of the new nanofibers are almost as impressive as the idea of being able to swing around the city. Pretty much anything that uses composite materials can be improved by these, says Yuris Dzenis, UNL Professor of Mechanical and Materials Engineering and the leader of the research team responsible for the nanofibers.

The breakthrough is based around the idea that the nanofibers are both strong and tough. One usually comes at the cost of the other. While people use those words interchangeably, they actually mean two different things. Rocks are strong, but something like rubber is tough. Strength refers to something’s ability to carry weight. The Thing is strong. Toughness refers to the amount of energy it takes to break something. The more malleable it is, the more it can take a beating without breaking, the tougher it is. Reed Richards is tough.

By making the nanofiber thinner than any others before it, the team developed a way to make the material tough without sacrificing strength. That’s because at such thin diameters, the material has very low crystallinity, meaning it’s structurally unorganized.

Besides having us dreaming of swinging around New York and fighting crime, the nanofibers could be used to make stronger, lighter materials for things like body armor, airplanes, and maybe even full-body Spider-Man outfits made of body armor. That last one is more of a request on our part. We’d love to swing around the city, but we’re not confident in our ability to not hurt ourselves.