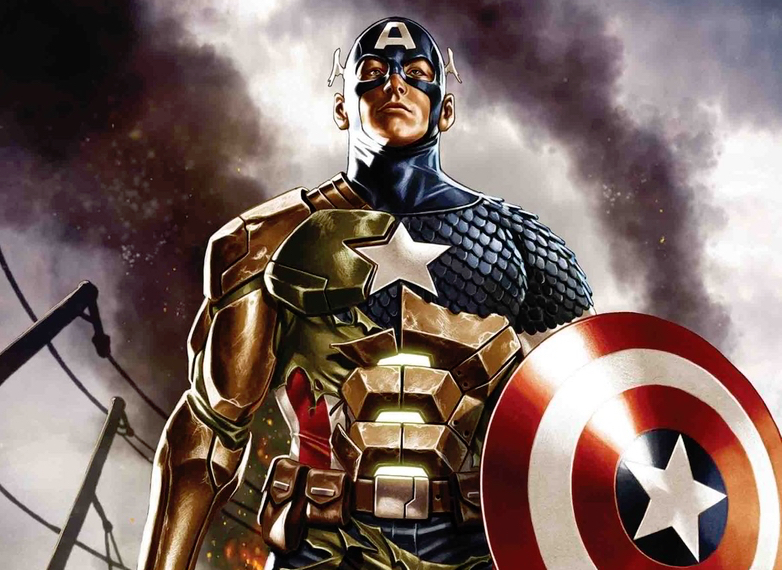 What do you do with a problem like turning your greatest Nazi-fighting superhero into an agent of Hydra, upsetting fans for months? Continue to milk the storyline unto infinity, if you’re Marvel Comics!

We’ve written about Nazi Cap several times before and now I’m just. Done. At this point, I’m devoid of any other emotion where my beloved Steve Rogers is concerned except for a sense of total exhaustion. Despite more than a year of consternation and pushback from fans and lots of distraught press coverage, Marvel has decided to beat this dead war horse for all that it’s worth. Screenrant reports:

“…it looks like the controversial Captain America story will go on even longer thanks to Secret Empire Omega #1. What originally started as a nine-issue series and countless tie-ins had previously been extended with a tenth issue depicting Captain America’s new Hydra armor on its cover – suggesting his reign as Hydra’s leader wouldn’t be stopped by story’s end. At least, Steve Rogers wouldn’t be returning to the version of Captain America fans actually love.”

This is frustrating particularly because Marvel had assured us, in its tone-deaf way, that we’d be feeling better about Steve’s decisions by the end of Secret Empire, telling fans to “wait and see.” Now you have to wait and see and also buy some more comics! Oh and here also are even more “countless tie-ins.” Gotta catch ’em all!

I guess nothing sells books like exploiting the good will and affection built up for a superhero over seventy years. A character created by Jews to punch Hilter in the face who is now running Hydra. And Marvel’s sitting there like, how can we do even more of this? They’ve certainly thrown a ton of money into promoting and growing this thing rather than, say, the recently canceled titled featuring diverse characters.

When an issue is described as something of an epilogue dealing with the “Aftermath” of a major event, there will be some readers who feel it a less-than-necessary read. For the cynics, it’s merely a chance to extend an event’s branding for one more week or month. But with writer Nick Spencer and artist Andrea Sorrentino remaining on for Omega, and announced to contain 40 pages, it’s looking more and more like the creative team may be saving some of their biggest, or most pivotal closing words or events for the very end.

This is what we in the business like to call “LOL suckers we’re coming for more of your hard-earned cash.” Nick Spencer’s probably cackling like some kind of actual Hydra villain going “Muahahaha, I could have wrapped this thing up when I said I would, but oh look AT THIS NEW AND SIZEABLE PAYCHECK.”

Here’s the official synopsis for Secret Empire Omega #1, if you can bring yourself to care (SPOILERS I GUESS):

SECRET EMPIRE AFTERMATH! Hydra has fallen, but the world is still not secure! As the heroes of the Marvel Universe stir from the wreckage of the battlefield, the inevitable rebuilding must begin. However, one question hangs in the air over the proceedings: What redemption can there be for Captain America?

I don’t know? Maybe Captain America wouldn’t need to find redemption if he hadn’t been turned into the leader of Hydra and betrayer of his friends and deepest principles? I’ll give you that idea for free, Marvel.

There’s also this: when you cancel Black Panther & The Crew and World of Wakanda, which were being written, respectively, by Ta-nehisi Coates and Roxane Gay, two best-selling and immensely respected writers with massive followings that you somehow could not figure out how to market effectively, you are doing things wrong. When you delete spaces for diverse voices but find time and resources to extend the universe where Captain America is evil, you are DOING EVERYTHING WRONG.

You may find a way to narratively “redeem” Secret Empire‘s Steve Rogers to some readers’ satisfaction, but how will you, Marvel Comics, redeem yourself from the ill-will and sense of betrayal this year’s decisions have provoked in fans?