I Want to Go to There: LEGO Builds Life-Size Bag End 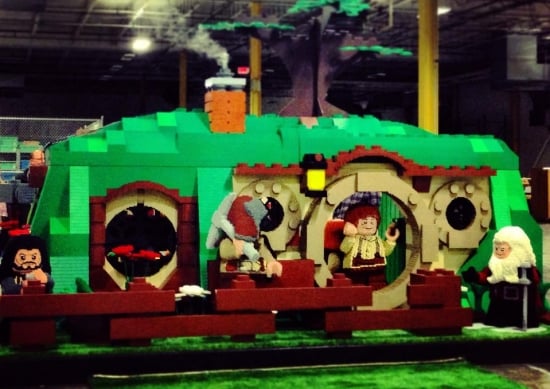 We got really excited when LEGO came out with a The Hobbit Bag End set over the summer, but it was just so small! Sure it’s fun to build tiny LEGO versions of things, but sometimes you just want to climb inside them and play along with your LEGO pals. To do that though, you either need a shrink ray or you need to build gigantic versions of LEGO sets. Most people don’t have the resources for either option, but LEGO sure does. They just released photos of a life-size version of their Bag End set, and we really want to play in it. They probably also have a shrink ray. LEGO’s pretty awesome like that.

LEGO released the pictures of the 2,000,000 brick construction modeled after Bilbo’s home in The Hobbit on their Facebook page. They say it took a team of 12 designers a total of 3,000 hours to complete the project. We’re not sure what we would have to do for LEGO to let us have a party in their giant Bag End play set, but we’d sure like to find out.

When I was eight I spent most of a Saturday morning making a LEGO tower that was almost as tall as I was, but I was much shorter back then so this is actually a lot more impressive. Check out the pictures below.