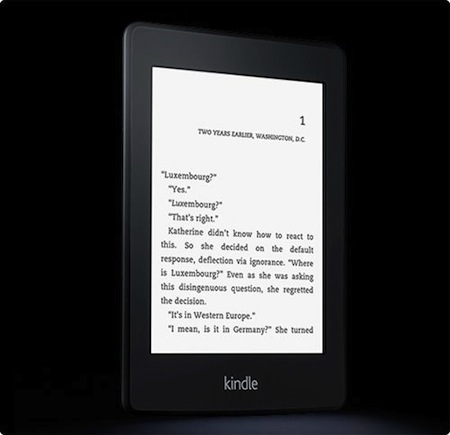 Amazon’s Kindle Paperwhite, the newest version of their dedicated E-reader, doesn’t seem like it would be incredibly popular with the reverse-engineering, hardware-hacker set: It’s black and white, and really one designed with purpose in mind… reading. Then again, maybe that’s exactly why someone decided to jailbreak it, opening up to world for adventurous Kindle-users to new and exciting features like… weather widgets, and other stuff you could’ve done if you had gotten a fully-functional tablet instead.

Unlike the iPhone 5, which was initially broken into in a matter of hours, the jailbreaking community didn’t get around to unlocking the Paperwhite for a matter of days: Almost a week went by before someone figured it out. That said, it seems like the “delay” was more a laissez-faire attitude than anything else: According to Slash Gear, the hack is very similar to one used to jailbreak the Kindle Touch.

Jailbreaking the Paperwhite, it seems, is incredibly simple: Just upload a file to the root directory, and you open up the device up to use for a wider variety of your general computing needs. Admittedly, there are some crazy things you can do, like use the Kindle as a monitor/input device for that Rasberry Pi you’ve been waiting for an excuse to use.